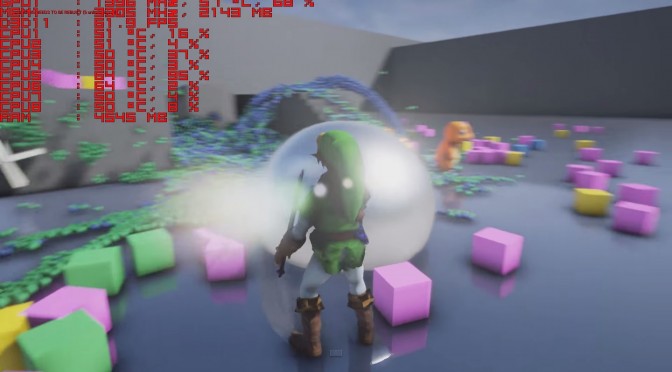 After releasing a number of videos, showcasing various characters in Unreal Engine 4, CryZENx decided to release a map in which you can control all of them. Players can control Mario, Sonic, Link, Charmander and Kirby, and have fun in NVIDIA’s PhysX Flex map that was created in Unreal Engine 4.