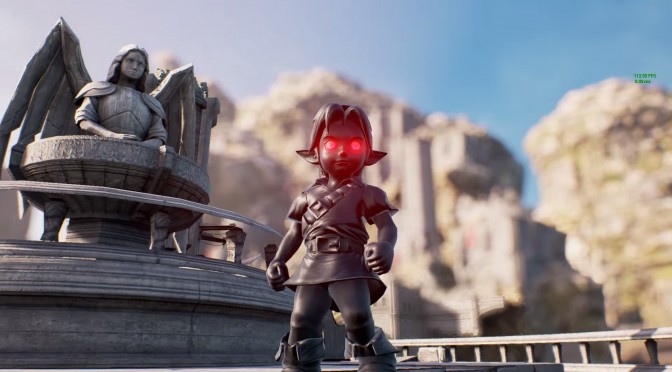 CryZENx has been experimenting with various “Link” 3D models in Unreal Engine 4.9 these past few weeks, and released a new DX12 Tech Demo. Now we know that some of you are not big fans of CryZENx’s work, however you can download this demo for yourselves, test your machines, and play around with it.

This tech demo is based on Unreal Engine 4.9, and combines CryZENx’s Zelda project with the Infinite Blade assets that Epic Games released recently. In addition, CryZENx has added a DoF filter to it (it would be awesome if there was a button toggle on/off this effect).