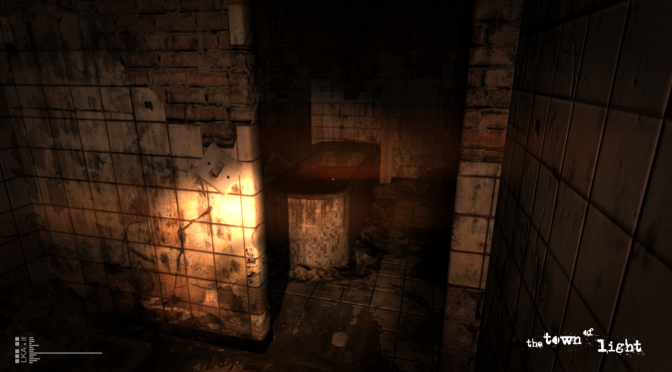 LKA.it announced today that The Town of Light, a first-person psychological horror adventure set in a former psychiatric hospital based on real events and places, has been Greelit. The game will support Oculus Rift, and is planned for a Fall 2015 release on the PC.

In The Town of Light you play as a 16 years old schizophrenic girl.

“Your mind is a mess. You are there, alone with few memories, in the darkness, with your fears and loneliness. You don’t know where you are, why you are there, who you are… You ask yourself “I’m sick, imprisoned, or…?” You can only feel that you are in one of the creepiest places in the world: the place of no return.”

The player can explore thousands of square meters inside the pavilions and dozens of hectares outside, faithfully recreated in 3D to shake the conscience and to immerse the player in an “environment that led him to reflect on his own mental sanity. ”

The Town of Light has been developed in the Unity game engine for PC, Mac, Linux with additional platform considered for a later release.

-Based on true story and true place: one of the biggest asylum in Europe, a place of no return.
-No jumpscares, no monsters, no open doors with keys to find, no psychiatrical institutions meant such as luna park.
-Different ways to experience the game according to the mental illness evolution.
-Oculus Rift support rivolutionizes the game play for incredible immersive gaming experience.