UNIGINE Corp. announced that Oil Rush, an epic naval strategy game, is coming in February to Android devices based on Qualcomm’s Snapdragon S4 chip. The game – as well as a free demo – will hit the Google Play store and bring next-generation 3D graphics, hardcore depth and touch-native controls for mobile users. It is based on the proprietary multi-platform UNIGINE Engine and developed by UNIGINE Corp.

Oil Rush for mobile invites players to smash through raging waves of enemies while experiencing a thrilling story of apocalypse, technology, and battles that players have been enjoying on Windows, Linux and Mac OS X since the game’s release in January 2012. Originally designed with touchscreen controls in mind, Oil Rush features unique gameplay that is native for the mobile platform and is based on group control. It avoids micromanagement of every single unit, offering strategic depth and focusing on fast-paced and swift attacks, smart defensive tactics, and development of a rich technology tree.

“Oil Rush is an exciting development because not only we provide a game that, I’d say, approved for the hardcore audience, but also because we expand the popular strategy genre to the Android market.”

The key features of the Android version are:

· Stunning 3D graphics, a next step for mobile gaming visuals
· Varied environments in a flooded post-apocalyptic world, from the tropics to the Antarctic
· Wide range of mission types to create a gripping experience
· Strategic depth due to multi-level upgrade options and a balanced technology tree
· Quick game mode for battles with up to three AI opponents
· Long, full-featured campaign packed with challenging, story-based missions

Oil Rush will unleash the full potential of cutting-edge and flexible UNIGINE technology for flagship smartphones and tablets. For six months following release, the game will be available for Android mobile devices powered by the latest Snapdragon S4 chips (MSM8960, APQ8064 and MPQ8064), including Samsung Galaxy S III LTE, Motorola RAZR M, Google Nexus 4 and Lenovo IdeaPad, among others. Besides Android, the technical excellence of UNIGNE Engine, an all-in-one middleware, is available for a wide range of other platforms, such as Windows, Linux, Mac, iOS and PS3. 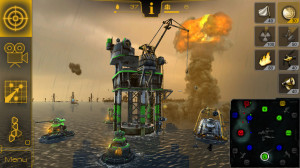 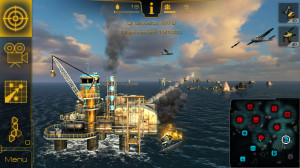 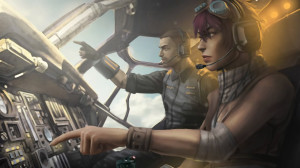 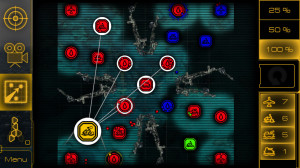