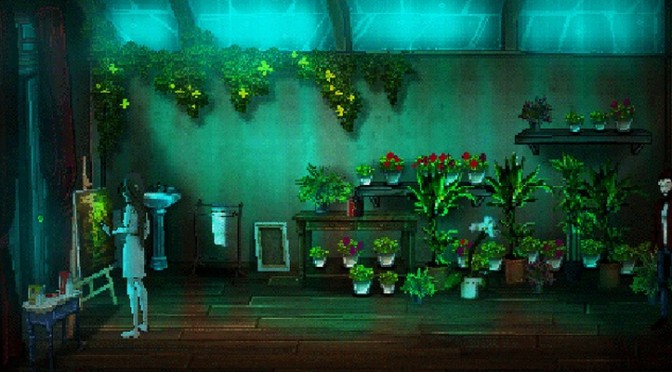 Bad Tales Team has informed us about its latest adventure game that has an on-going IndieGoGo campaign. Under That Rain is described as an old school adventure psychological horror game in pixel art.

Under That Rain will release in two episodes, and Bad Tales Team aims to raise €15K in the next 49 days in order to complete the first episode.

The game targets PC, Linux and Mac, and will be subtitled in two languages (Italian and English).

In Under That Rain, players assume the role of Andre; the main character who will show his pure spirit, his good will, the qualities of a man always ready to help anyone in distress (especially children) from the beginning. Andre will be the key player and witness to events that will force him to make difficult and cruel choices, changing him within, ripping apart his soul.