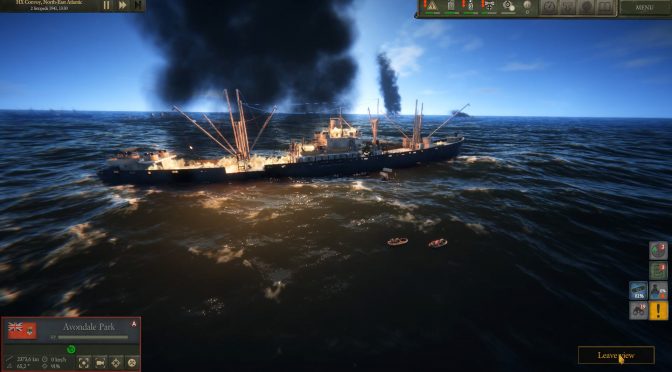 Deep Water Studio is currently working on a new submarine simulator, called UBOAT. According to its description, UBOAT is a survival sandbox with crew management mechanics while its primary theme is life of German soldiers, and targets a Q1 2019 release on Steam Early Access.

In UBOAT you control the crew to control the boat. You look after their physical and mental health, because if the sailors are hungry, tired and their spirit is low, there’s no chance of winning even a skirmish. As the developers noted, it is important to balance the overall discipline and trauma of your crew. If you are a harsh captain, the level of both goes up. When trauma is high a secret feature of each sailor can be disclosed. It can reveal his alcoholism, make him go berserk, he can also turn out to be a coward or a spy.

In UBOAT each sailor will have his own face, his story, personality, skills and weaknesses. The sailors will come either to report something to you or just to talk some problems over. They will eat, talk, enjoy simple pastimes, queue to the only toilet on board, fight to decide whose girlfriend is prettier. You will see the lives of grey wolves in all its glory.

Deep Water Studio has also released an official gameplay trailer for this submarine sim that will give you an idea of what you can expect from it, and you can watch it below.