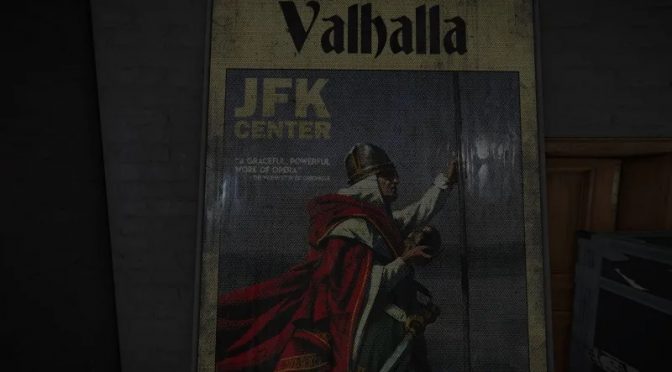 Ubisoft has included a pretty interesting teaser in Tom Clancy’s The Division 2 about the next Assassin’s Creed game. According to a poster, which is located within the Potomac Event Center in Washington DC, the next AC game will be Vikings-themed.

In this poster, a Norse god or traveler is holding the Apple of Eden. We can also clearly see the word ‘Valhalla’ in that poster, hinting at a Vikings setting for the next Assassin’s Creed game.

This poster was discovered by YouTube’s ‘JorRaptor’ and Kotaku’s Jason Schreier claims that this is indeed the real deal. Schreier states that two independent sources familiar with the game told him that the next Assassin’s Creed game, which will come out in 2020, will feature Vikings.

Although we don’t know anything else about the Assassin’s Creed 2020 game, it’s at least good knowing its setting. Our guess is that this new AC game will be a cross-gen release so it will be interesting to see whether there will be big differences between the current-gen and the next-gen versions, and whether the PC version will be based on the current or the next-gen version.