Ubisoft has announced a delay for its upcoming Snowdrop-powered strategy game, The Settlers. According to the publisher, this extra time will allow its development team to further polish it. Unfortunately, though, there isn’t any ETA on when the game will now release. 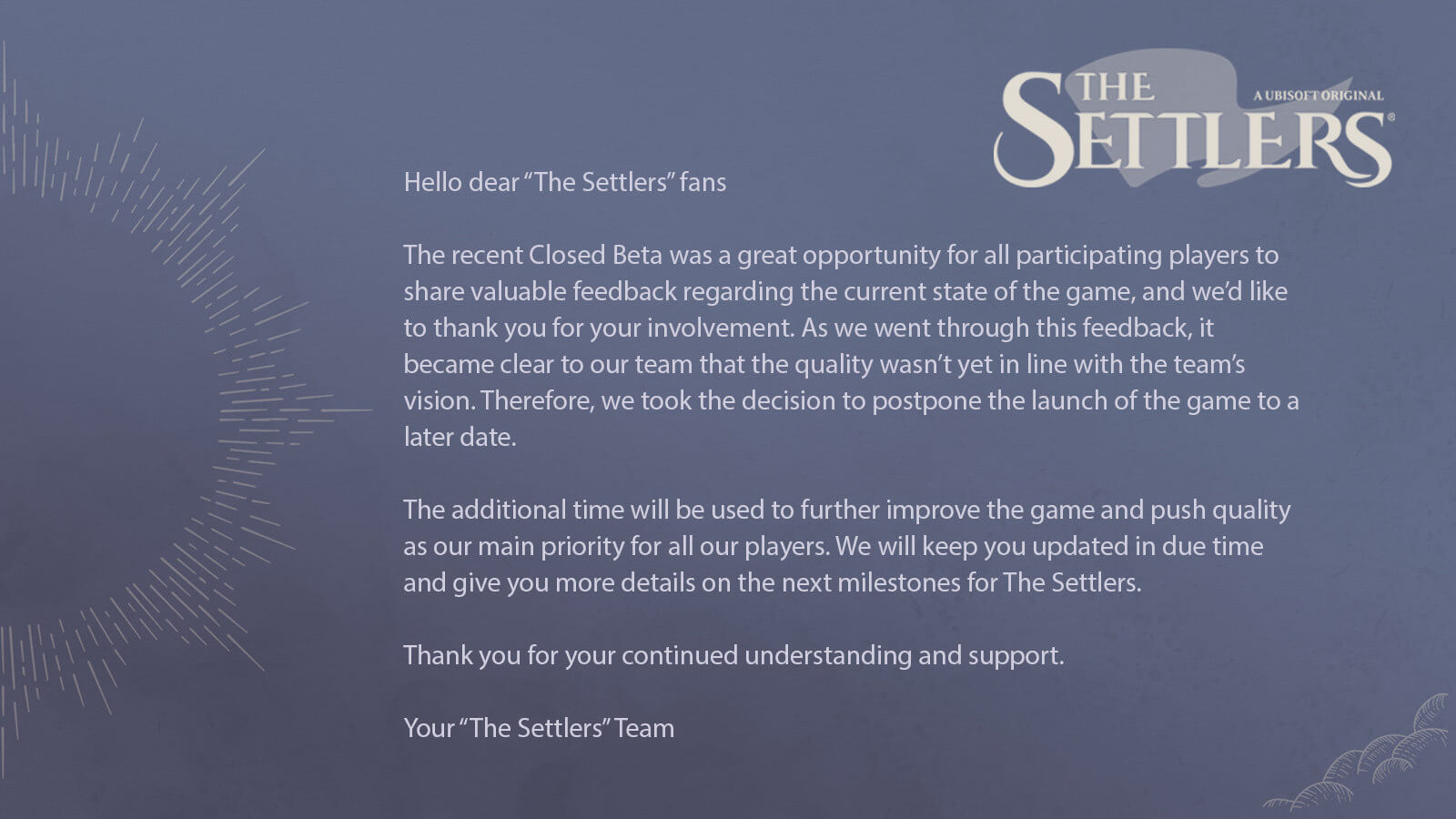 The Settlers promises to bring back the best, modernized elements from previous The Settlers titles. The game aims to combine these elements with brand new features and gameplay systems.

The Settlers will combine a fresh take on the familiar gameplay mechanics of the series with new features like a new food system and a motivational meta-game to create a unique game experience. Players will be able to play the campaign and optional side missions in solo or co-op modes.

The game will be using the Snowdrop Engine, and will also offer various online multiplayer modes. According to Ubisoft, the game will also have emotional storylines. Players will watch as thousands of settlers live their lives and complete their daily work.