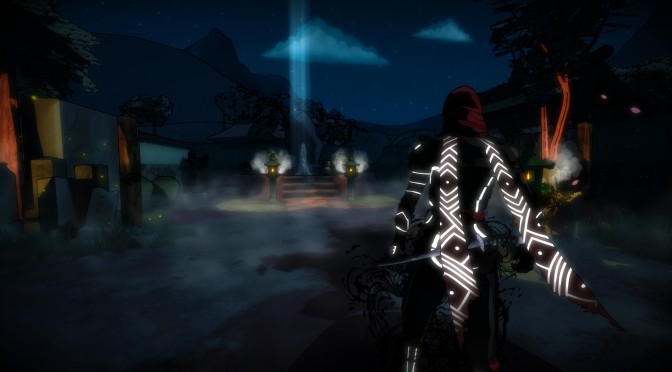 Lince Works has launched a Kickstarter campaign for its upcoming third-person stealth game, Twin Souls: The Path of Shadows. Twin Souls: The Path of Shadows is a game developed for PC/Mac/Linux, will be DRM-free, and aims to combine the essence of stealth classics like Tenchu with the modern approach of recent gems like Mark of the Ninja and Dishonored.

“Twin Souls reintroduces the concept of ‘3rd person ninja simulator’, a style of gameplay untapped for many years since the original Tenchu series. Compared to newer action games like Assassin’s Creed, Twin Souls wants to dismiss action mechanics in favor of stealth mechanics, the tension of being detected and the feeling of reward you get when finally beating a level without being noticed.”

The game will not feature any weapon or regenerating health, and players will have to rely on shadows in order to take down their enemies.

-Story driven single-player campaign – Besides having some awesome stealth mechanics and powers, we also want to deliver a solid campaign, with an interesting story and characters and memorable scenarios.
-Old School Stealth – Your enemies are lethal and direct confrontation is not an option. Survey the scenario, plan your approach and sneak around your enemies. Be the hunter, not the hunted.
-Stealth Kills – Assassinate your opponents from every possible angle. Stab them from behind, fall upon them from a roof or ceiling, jump out of a shadow on the wall, grab them as you climb a ledge, feed them to the shadows with your powers or even make them kill each other in panic.
-Choose Your Play-Style – Each situation has different possible approaches. Will you be the merciless emissary of death? Or maybe an undetectable ghost? Twin Souls won’t force you to kill your enemies, nor will it penalize you for doing it. Both approaches to violence are valid.