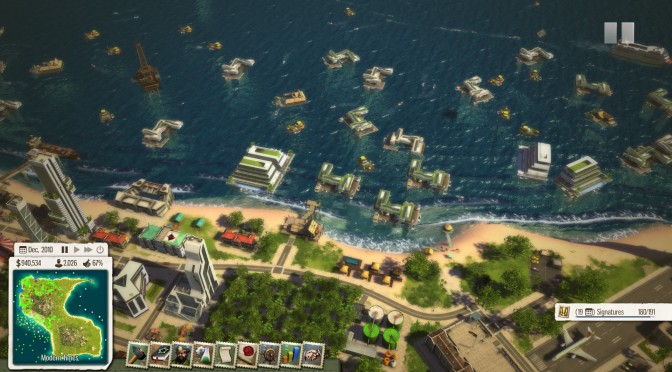 Kalypso Media has announced that the first expansion pack for Tropico 5, Waterborne, is currently available. Waterborne challenges players to expand their nation into the unknown waters of adventurous opportunity and fully harness the power of the ocean.

The ‘Waterborne’ expansion for Tropico 5 comes with a slew of new gameplay features and enhancements: such as water traffic, larger coastal areas and new events to keep even the most seasoned island rulers on their toes. An all-new campaign spanning 6 epic scenarios, new dialogue and story shows what marine life is all about in the waters of Tropico.

Players can develop an exotic housing market with luxury floating apartments and do your bit for the good of the planet by constructing eco-friendly wave power sources. Or use the sea as another armed front for your empowering military force and bolster the army with a fearsome naval presence. 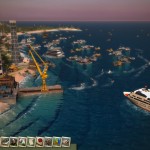 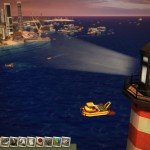 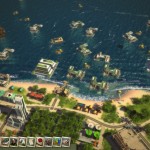