Transverse aims to offer incredibly detailed ship and station construction, massive solar-system-wide player events and real-time, physics-based combat. In addition, a fluctuating, real-time economy fueled by industry will drive trade in a dynamic resource ecosystem, and player-generated contracts and missions can shift the balance of power at any given moment.

Basically, this sounds a lot like Star Citizen, doesn’t it? Oh well. Guess space combat MMORPGs are the new cool toys these days.

Ironically, Piranha Games has launched a crowd-funding campaign similar to the one of Star Citizen. I mean… seriously… that’s hilarious.

Transverse is powered by Unreal Engine 4 and is currently planned for a 2015 release.

Enjoy and here is hoping that Piranha Games will keep supporting MechWarrior Online. 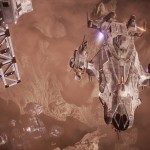 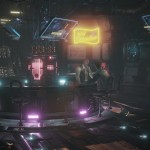 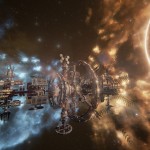