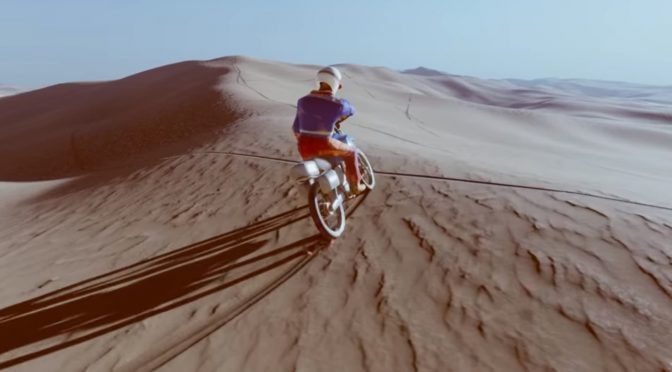 Developer nothke is currently working on a physics-based desert motorcycle game that is inspired by Thierry Sabine’s story of getting lost in the desert during the 1977 Abidjan-Nice rally, called Trails of Tenere. This motorcycle game features fully physics-based riding simulation, and its alpha version is available for download.

According to the developer, there are almost no ‘fake’ forces involved (the only ‘fake’ force is when the player puts his feet on the ground). Trails of Tenere is all body shifts, steering, precision and tire-surface forces, something that may please some old-school PC racing fans that have been enjoying such games in the 90s.

Also note that this is developed by a single person, so this is quite remarkable (at least in our opinion). Its latest alpha version that is currently available supports surface calculation running at 400hz (just like wheel physics, independant of framerate) and fixes some issues with the third-person camera view. It also allows players to dismount the bike.

Those interested can download Trails of Tenere’s alpha version from here, and below you can find a video showcasing it. It can become a bit boring (as the developer is aiming to perfect the game’s physics) so here is hoping that more stuff will be added to it in later versions.

Kudos to our reader Dave for bringing this to our attention!