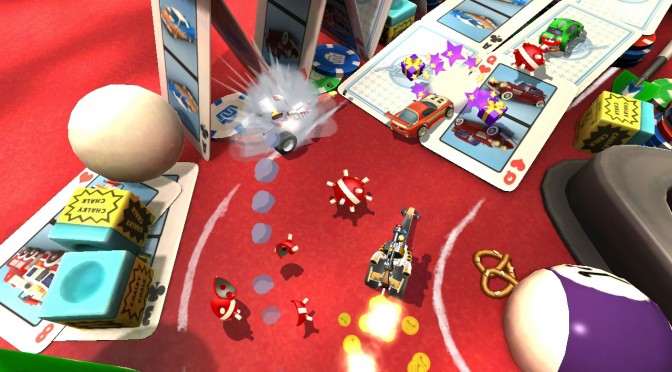 Players will speed past spilt sticky jam on the kitchen table, dodge flaming Bunsen burners as they take their opponents back to school and zip past the runaway train in races around a railway set and more. Gamers can see Toybox Turbos in action in a new gameplay video which is now playing at www.toyboxturbos.com.

Toybox Turbos will feature six super-charged game modes; players sprint for the line in Classic Races, set their best time in Time Trial, pass as many turbocharged toys as possible in Overtake, avoid getting wiped out by the tide in Escape, beat the clock in Countdown and take down bosses in Elimination mode.

To gain the advantage, gamers can collect and use a range of power-ups spread liberally around each circuit, including, but not limited to, machine guns, mines, electronic pulses and, of course, giant hammers.