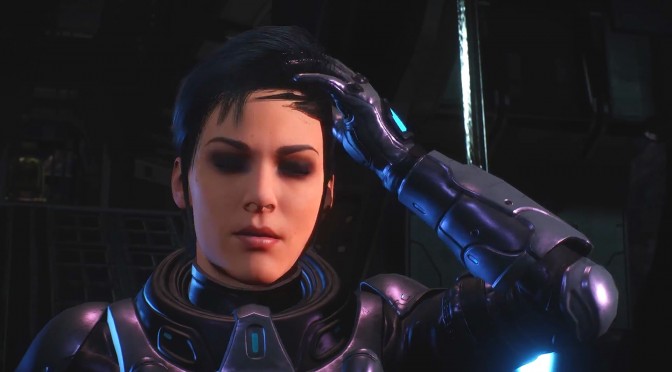 REDACTED, the team working with Cloud Imperium Games to make the FPS Module for Star Citizen, held an IAMA event on Reddit in which it announce the release date of Star Citizen’s FPS Module. Furthermore, the team shared more details about this module itself, what games inspired  them, what gadgets players will have at their disposal, and more.

As the team confirmed, an early version of its FPS Module will be coming early next year and will receive continuous updates. In addition, the team was inspired by Counter-Strike, Rainbow Six, Arma, Delta Force and Kill Zone.

REDACTED shared an example of what players can expect from this module:

“A Persistent Universe experience. I’m a stealthy, solo player. I find a wrecked ship, i know scavengers will be around soon. I find a crate and put myself in it. I let the scavengers take the crate and put me in their ship. When i’m on their ship, some time later, i get out of the crate. Very quietly, i rummage around and find some goodies i like. I steal those… now i can either – A) Jump out the airlock and call a ride or B) go to their engine room and self destruct their ship or C) quietly hunt and execute the entire staff and take their ship…. or Z) they could have scanned the crate properly before loading it, blasted it with their ship and me with it….”

Sounds interesting? Oh yes it does. Furthermore, the team claimed that players will be able to damage a ships systems from the inside intentionally or non-intentionally, that players can cut through the hull, sneak on board through many mischievous techniques or blasting hatches, and that while there will be some destruction, it won’t be a key component as most of the environments will be solid metal.

Star Citizen’s FPS Module will also feature a covering system. As the team revealed, the FPS Module will pack a free cover system like the one found in Far Cry 3, and it will have a smooth interpolation system that will allow players do all the various moves they would expect in cover (lean/peek/crouch/move in cover/etc).

REDACTED also discussed a bit about the damage system that will be implemented in Star Citizen’s FPS module. When asked whether players would experience slower movement and greater weapon sway in case they were wounded, the development team replied and said:

“Absolutely, your limb damage will have severe impacts on how the mechanics work – and it is limb specific too, not just an overall of ‘oh youre kind of hurt’. For example, if your left arm is hurt but you throw grenades with your right, your right throw won’t really be impacted.”

The FPS Module will also pack tons of predefined game modes and levels that are designed around perfecting your skill on a mechanic in the game. As such, there will be lots of scenarios that explore cooperative/team based mechanics.

Regarding the gadgets that players will have to work with, REDACTED said that there will be tons of them. Among them there will be holograms, claymore like objects, personal healing, drills for doors/vents, shields, grenades and trip wires. These gadgets will really expand and offer a ton of ways to customize your strategy.

Last but not least, players will be able to customize their weapons. As the team confirmed, there will be attachments for weapons and different ammo types, and the amount of customization will vary based on the weapon.