Tomb Raider will be getting a “Definitive” version on next-gen consoles and a “GOTY” edition on both PS3 and X360. That’s something we already knew. What we didn’t know, however, was the fact that the aforementioned “GOTY” edition will be coming on the PC. Spotted by our reader ‘Peleau dareka’, Tomb Raider GOTY can be found in Steam’s registry and as we all know, Steam’s registry rarely lies. 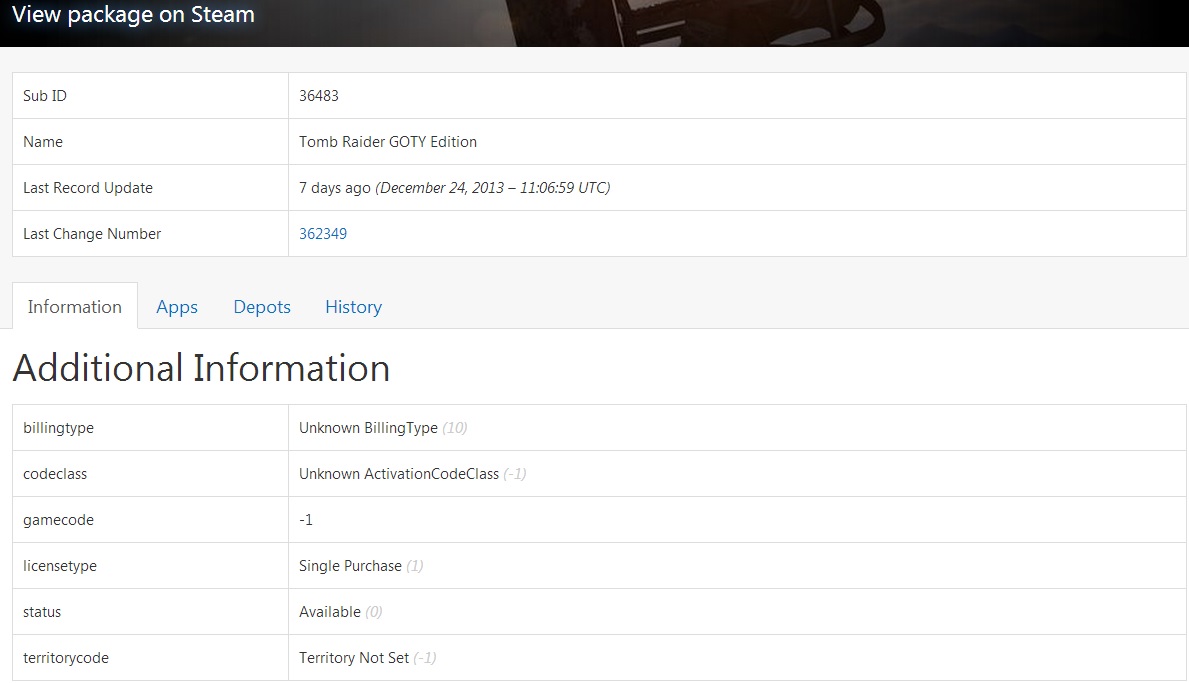 As we can see, this registry was updated seven days ago, meaning that it’s not an old registry or something that was ‘accidentally’ added when the original version got out. In short, it’s pretty obvious that the “GOTY” edition will eventually hit the PC, though there is no ETA as of this moment.

Naturally, we’d love Square Enix and Nixxes to port the “Definitive” version of Tomb Raider to the PC, as that version is said to feature higher fidelity visuals. But that’s something that’s not going to happen. After all, Nixxes is currently working on the PC version of Thief.