Ubisoft has announced that more than 20 million total players have played Tom Clancy’s The Division. Moreover, and according to the stats that the French company published, 500K players have spent 400 hours in the game. 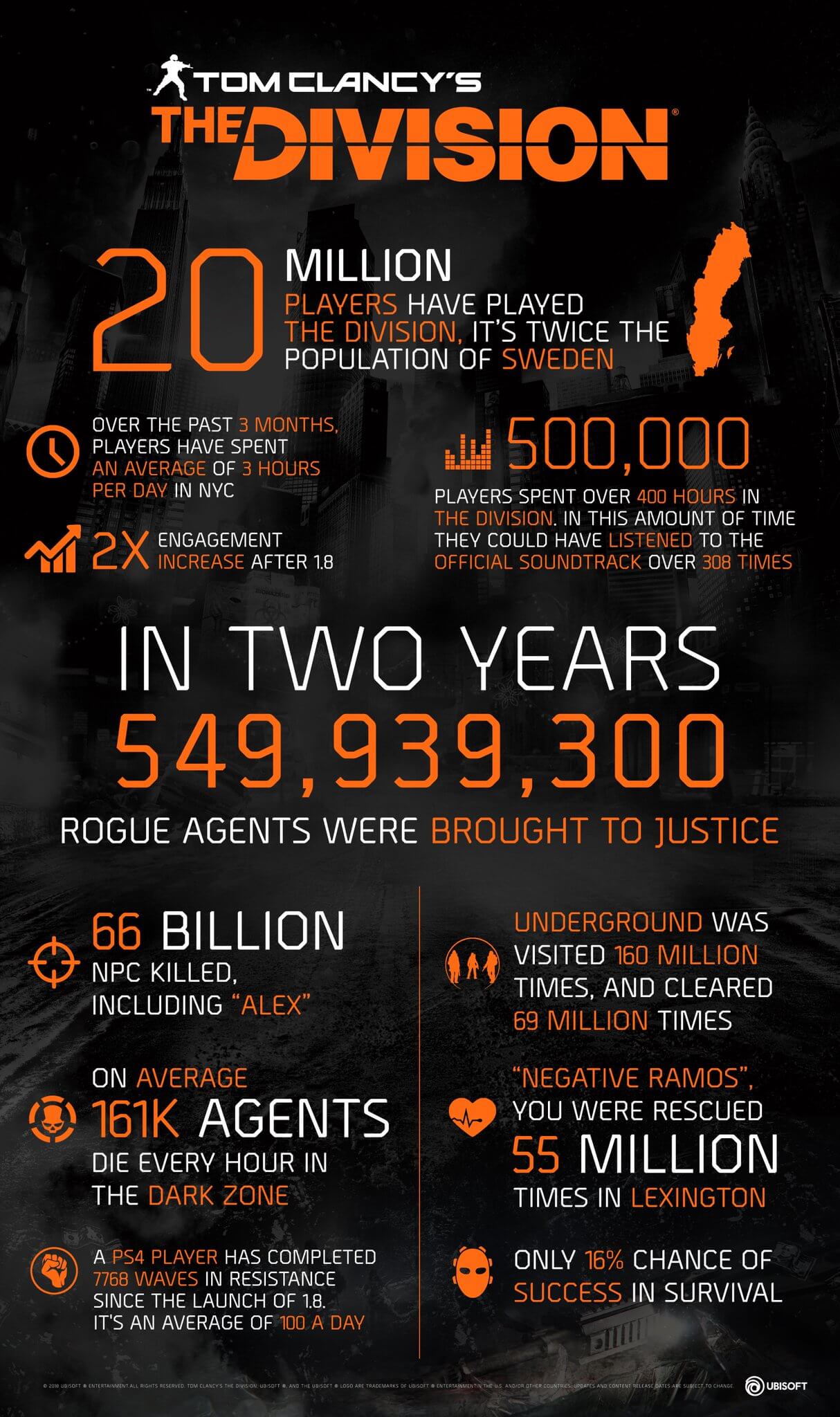 Most recently, Massive studio released Update 1.8 – Resistance in December 2017, which signified a new step forward into making the current version of the game, the best it has even been. Update 1.8 was the biggest free content update so far, doubling player engagement and generating positive feedback amongst the player community.

“We are very proud of what we have achieved during these past 2 years. Listening and giving back to the community has always been our first objective and we would like to thank all The Division players for their valuable feedback and their support.”