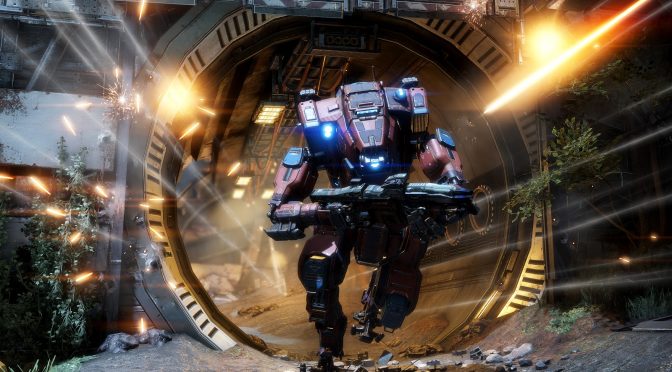 Respawn has announced that the “Monarch Reigns” update for Titanfall 2 will be released on May 30th. This update will bring a new Titan, a new map, will bring various updates to the Crashsite map, will add a new execution, and will introduce some new content that will be purchasable.

Respawn will release a new trailer on May 25th that will showcase all the new features that will be coming with this new update, so stay tuned.

Until then, here are the key features of Titanfall 2’s Monarch Reigns update:

NEW TITAN: MONARCH
Monarch is a mid-range Vanguard-class Titan that can upgrade itself on the battlefield through her unique Upgrade Core. Pilots select a path of upgrades and try to survive long enough to reach her final form.

NEW MAP: RELIC
Set among the old wreck of the IMC carrier IMS Odyssey, Relic is a worksite where Pilots have created clever wall running routes by hanging pieces of the wreckage between buildings. The map consists of the wreck of the Odyssey in the center of the map that splits the two town areas.

Created with frontlines in mind, the gameplay is all about assaulting and controlling the center and engaging in firefights from the great viewpoints of the ship against the varied defensible positions in the Town.

MAP UPDATE: CRASHSITE
We worked on a collision pass for Crashsite, fixing around 100 instances of getting bumped, bonked, stuck or tripped up. During the clean-up, we also wanted to experiment with more mobility options. To that end we’ve added 8 ziplines to get around the map faster and a few more wallrunning locations.

NEW EXECUTION:
Now You See Me [Cloak]
– I’d explain this one but let’s wait for the trailer to really show this off.