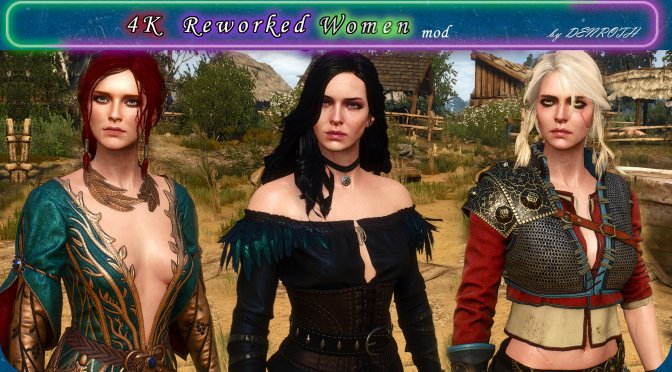 Denroth has released a brand new mod for The Witcher 3 that brings 4K textures to the main female roster of the game. In other words, this mod improves Ciri, Yennefer and Triss Merigold. Alongside the new 4K textures, the modder has also brought some additional improvements.

For instance, this mod features better hair for all three female characters, new eyelashes and better eyes. It also brings enhanced skin pores, better hands and feet, as well as new intimate areas.  Denroth has also added new personal textures for each character (which do not affect other NPCs), and maps re-elaborated in high definition. Players can also increase the LOD for these models, though this introduces some bugs.

Due to changes to the LOD to allow the loading of textures in high definition, it is necessary to follow the following procedure. Otherwise, the faces of the characters will appear melted.

You can download this 4K Reworked Women mod for The Witcher 3 from here. I’ve also included below some screenshots that showcase the new 3D models/outfits.