At ChinaJoy 2018, Maxsun has showcased a new custom solution for NVIDIA’s upcoming next-generation gaming cards, the NVIDIA GeForce 1180 or 2080. Contrary to other leaks, though, this one shows the entire graphics card, giving us a first glimpse at what Maxsun’s custom version could look like.

Maxsun’s solution features three fans and is dual-slot model, part of iCraft series. The GPU will feature four LED stripes and will have the GeForce GTX logo at the top (unfortunately it’s a general logo and not one that can reveal the card’s actual name).

Maxsun’s GPU appears to have a single 8-pin power connector and from the looks of it there isn’t any DVI connector on the bracket. As such, this may be the first NVIDIA graphics cards that will not offer such a connector.

NVIDIA will hold its GeForce Gaming Celebration event on August 20th and the latest rumours suggest that the green team will officially reveal its new gaming graphics card during that event. 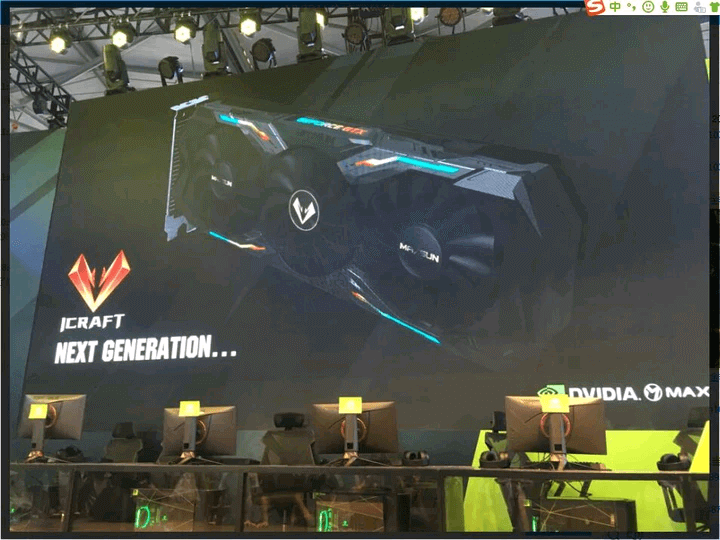