We seriously can’t believe there is noone taking advantage of Unreal Engine 3 (and CryEngine 3). Okay, there are plenty of UE3 games but when was the last time you saw something unique? Something out of the ordinary? Something besides another brown-ish shooter game? Something like Mirror’s Edge perhaps? Well, time for a slight change. Christian Davis, Associate Environment Artist at Junction Point Studios, has created a high quality model of the Blastoise Pokemon. Naturally, Davis felt the need to test his model on UDK and the following image was the result of that. And damn, does this looks impressive. Davis used UDK’s Foliage Showcase, which means that all assets other than Blastoise and the pokeball are property of Epic Games. Enjoy! 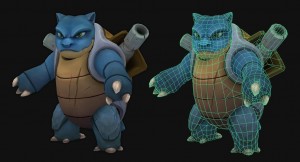 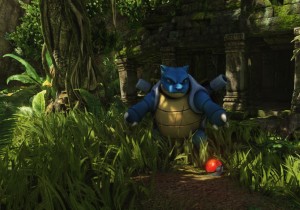