Okay, we knew this was going to happen. It was just a matter of time. During Nvidia’s event, a fan asked John Carmack, Tim Sweeney and Johan Andersson their opinion about AMD’s Mantle. This was the weirdest question asked, and all three programmers felt a bit… well… uncomfortable.

John Carmack said that it was overall a great idea and liked the idea of offering PC platform a console-like access level to GPU. However, even though Carmack acknowledged that he would be tempted in supporting it, he claimed that right now he would not opt in to it. Carmack also claimed that Nvidia should not panic and create its own low-level API. 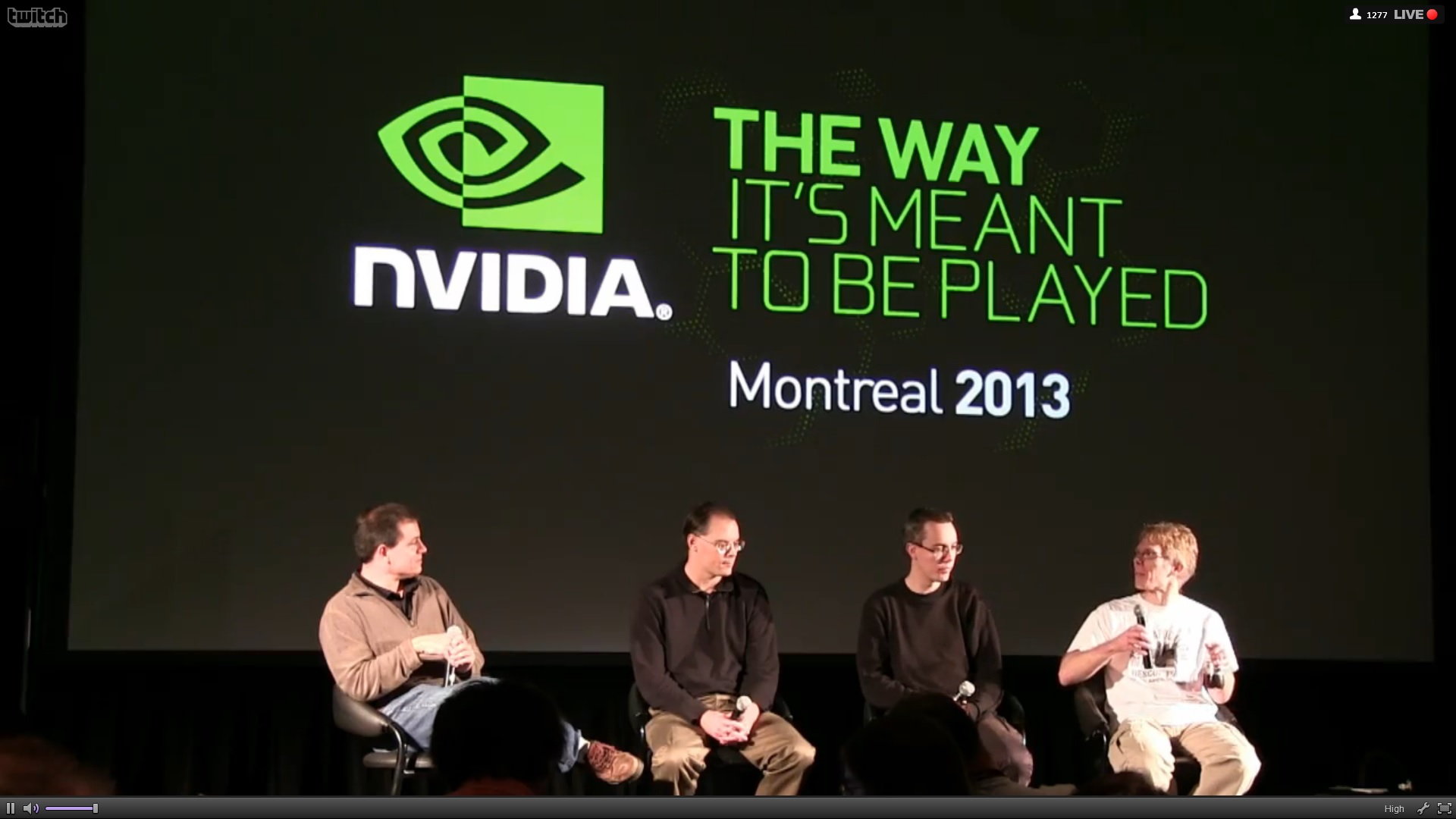 Tim Sweeney, on the other hand, was more aggressive. Although he liked the overall idea of such an API, he claimed that it was not a good idea in general for customers – as well as developers – and had a small debate with Johan Andersson about it with regards to the numbers of available APIs and the overall optimization of games supporting more than one API. Tim concluded that it would be bad for PC gaming if each vendor had an API of their own, and that it would be hard to sell if PC was about to get more complex for developers.

Johan Andersson, naturally, tried to defend Mantle. Johan presented what we already know about Mantle, and claimed that we’d have more information about Mantle next month. Johan concluded that this API will really benefit customers as it will speed up games.

Andersson and Carmack went on and kept discussing about optimization and the general difficulties between other APIs, parallelism between GPUs, unified memory and other tech stuff.

Needless to say that it was a joy to see this discussion between these developers. Furthermore, we should congratulate Nvidia for letting them share their opinions about this API.

Priceless moment no doubt, and we’ll be sure to share a video from that discussion the moment we get our hands on it!