Modder ‘Coomer’ has released a brand new version of his AI Uspcale Mod for Half-Life Source. This new version adds normal maps to almost all textures. Thankfully, though, the modder has not added bump maps to the Xen levels.

This pack uses a batch of generated normal maps with alpha channel to make dark parts of the textures non-reflective. As a result of that, the size of the mod is now around 4.38GB . Furthermore, the modder had to reduce the size of the normal maps to 512×512 due to the big file size. However, he does plan to generate better and bigger size normal maps as soon as he finds a good algorithm.

In order to showcase this mod, Coomer has released the following screenshots. These screenshots showcase both the new normal maps, as well as the AI-enhanced textures.

In order to improve the game’s default textures, the modder used Topaz Labs AI Gigapixel software. As such, this classic Half-Life game can now look sharp and modern, and maintain its original art style.

You can download this AI-enhanced HD Texture Pack for Half-Life: Source from here. 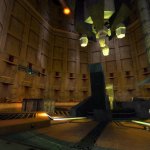 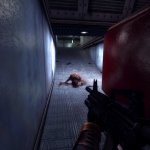 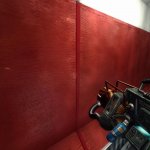 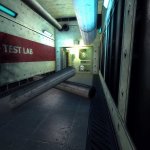 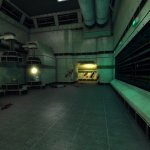