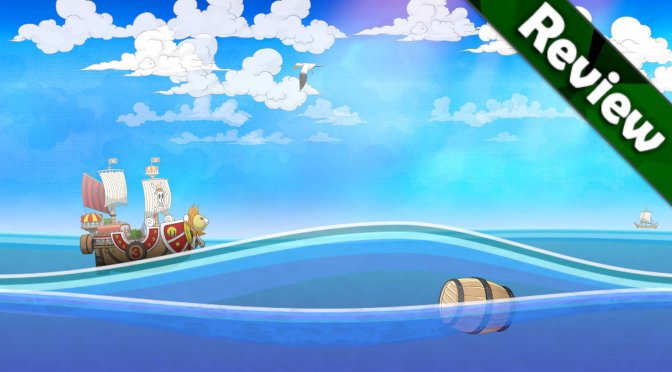 It’s that time again folks! Put on your straw hats, check your log pose and join anime’s most endearing gang of pirates as they beat up more marines than you can physically count. After five years, Omega Force and Koei Tecmo have finally shifted the focus of the Warriors/musou series back to the One Piece anime, and the potency of this crossover is as clear as it has ever been.

Truth be told, One Piece Pirate Warriors 4 is barely any different from the classic musou games that Omega Force and Koei Tecmo have released in recent times, but it is clear these devs have become really good at making these things. Even if the fourth incarnation of this Warriors sub-series doesn’t reinvent the wheel, the polished gameplay and obvious passion for the anime adds up to a very appealing new entry.

Return to the Grand Line

As with previous Pirate Warrior games, Omega Force and Koei Tecmo have used the chronological events of the One Piece anime to guide the progression of their fourth game. The single player campaign, named ‘Dramatic Log’, features six different story arcs (basically chapters) to play through beginning with the Alabasta Arc, and ending with the most recent Wano Country Arc.

This adds up to A LOT of One Piece episodes, but the devs used a strategic mix of nicely recreated cut scenes and story exposition to provide a crash course on the anime’s narrative, and it makes a good companion to the gameplay. Whether playing through the enormous siege on Alubarna, or the massive battle at Marine Fort, the game’s cinematic storytelling is effective in making the player feel immersed in these classic moments.

There is just one unfortunate problem with the gameplay being driven so heavily by the anime’s narrative: Pirate Warriors 4 creates a minefield of spoilers. I can speak from experience here because I am just about reaching the middle of the Whole Cake Island Arc in the anime, only to feel my jaw drop at what I learnt in the Wano Country Arc (which follows) while playing the game. You have been warned.

All aboard the Going Merry

True to its name, Pirate Warriors 4 is every bit the unique style of spectacle fighter that Omega Force and Koei Tecmo have become famous for, and the combat really does its genre proud. This is not a game where enemies necessarily represent a danger, nor does this game know the meaning of the words ‘dodge’ or ‘block’.

Instead, enemies are fodder for the player to enact their almost comically overpowered fighting moves, and thousands of them can easily get mowed down within a single mission. The usual buffet of attacks, heavy attacks, special moves and charge attacks are yours for the picking, and the combos from joining these moves are easy to pull off, even for a cack-handed slowpoke like me.

Further bolstering your journey to becoming the flashiest fighter is also a skill tree (depicted as a nautical map with islands). Here the player can choose to spend in-game currency on everything from extra slots for super moves, to boosting the power of basic attacks. I could never figure out the point of having a general skill tree as well as a character-specific tree, but the option is there.

By the time I had built up the muscle memory for the particularly brutal combos, and my uhm… skill islands had filled up, I began to wonder if Pirate Warriors 4 wasn’t a bit too easy (even on ‘normal’ difficulty). For players looking for a more earnest challenge this might be the case, but that would be missing the task.

Instead, satisfaction in Warriors games always comes from becoming skilled in their combat systems. This holds true for Pirate Warriors 4 as the game really encourages flowing seamlessly from one attack into the next, and rewards the player with watching hundreds of enemies fly at once. Playing this game is the digital definition of a power trip.

Aside from the show’s epic fights, another reason why One Piece transitions well into a Warriors game is due to the excellent (and remarkably quirky) cast of protagonists, antagonists, and everything in between. Pirate Warriors 4’s roster of playable characters has been raised to a respectable 43 this time round, so you get interesting variety in the gameplay.

The choice of characters in each mission is usually split between power, speed, technique, and airborne fighting styles, which basically hints at where the character does the most damage. Take Roronora Zoro for example and his moves to keep many different enemy types off the ground. Juggling a bunch of marines for a long time is an absolute breeze with him, and you can make their health bar drain before they can even touch the ground to attack.

Luffy on the other hand is an enthusiastic combo linker and he has one mother of a stamina bar. When fighting in the air, he lets enemies drop before I could pull off a prolonged attack sequence. On the ground, however, I seamlessly strung one chain of combos to the next while using dash as a cancel between attacks. If the map had longer, straight sections, Luffy was invariably my first choice.

Unfortunately, I never made friends with the camera; it felt like I was constantly fighting to bring what I wanted to see onto the screen. This was particularly a problem when pulling off special moves since characters execute their attacks in the direction the camera is facing, and not necessarily towards the enemy in front of them. Not a huge problem per se, but enough to tinge the experience with a lot of frustration when you miss the perfect opening.

A nice new age of piracy

Given how slick Koei Tecmo and Omega Force have designed the gameplay and how committed Pirate Warriors 4 is to the One Piece IP, both seasoned musou fans and One Piece-loving, first-timers could enjoy this game. Veteran Warriors players would find their hard-earned skills rewarded, but the game offers many small, helpful touches to make first timers feel welcome in this awesome sub-culture of gaming.

If that sounds like you, play this by any means possible since there are few genres that really gel with One Piece as much as Pirate Warriors games. If not, this game should at least be on your wishlist if you need time to catch up on some episodes, because this entry is a lovely culmination of everything great about musou games.