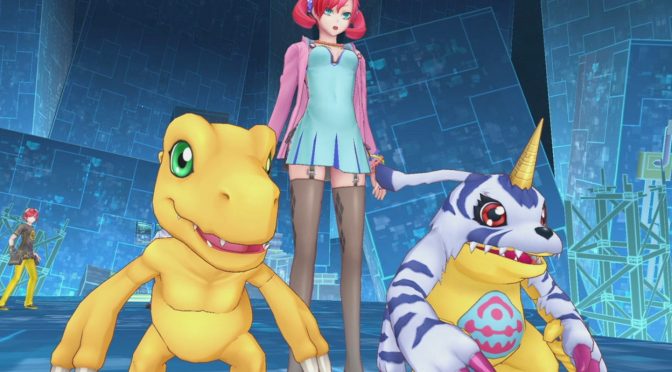 The first Digimon Story Cyber Sleuth game originally came out on both Playstation 4 and PSVita in 2015. The Complete Edition will feature both the first game, as well as its sequel; Digimon Story: Cyber Sleuth – Hacker’s Memory. Moreover, it will include all the DLCs that came out on PS4.

In this new Digimon game, players will assume the role of either Takumi Aiba or Ami Aiba. Players will embark on a thrilling adventure where the line between the real and digital worlds is blurred.

The game will feature more than 300 Digimon to collect, raise, and Digivolve. As such, players will be able to build an all-star Digimon team to take on opponents in classic turn-based battles.

Enjoy the game’s trailer that was released back in June 2019, and stay tuned for more!