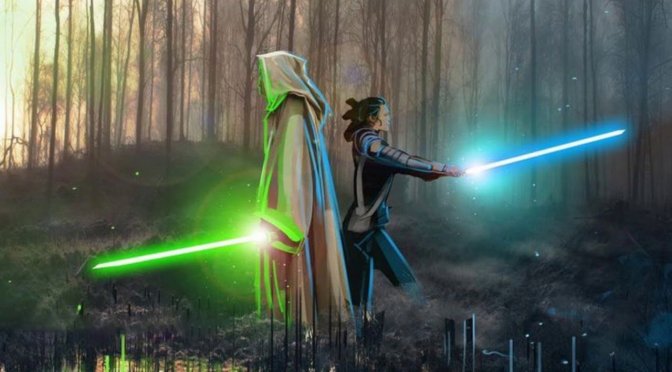 Star Wars fans, here is something really special for you today. A new Star Wars overhaul mod collection is currently under development for the VR game, Blade & Sorcery, that looks absolutely incredible. This is a dream for all Star Wars fans, as this mod pack will allow you to become a virtual Jedi or Sith.

Going into more details, the following videos showcase a number of Star Wars mods for Blade & Sorcery. The first one is The Outer Rim which introduces a variety of lightsabers and blasters from the Star Wars universe.

On the other hand, the Dark Chains mod allows players to choke enemies and use telekinesis. This is also a must-have mod for Star Wars fans as you won’t be able to use the force without it.

It’s also worth noting that the game has a Lighting spell by default. However, if you’d like more Lighting powers, you can use the following mod. This mod allows a variety of new lightning-based powers. For instance, it allows for thunder punches, a shockwave, and “zapping held objects/people“.

Lastly, we have the JEDI FORCE PHYSICS 1.0 by Hucifer mod. This mod gives you the ability to do Jedi Force Dash that is not too fast like the Flash Mod but is fast enough to get from group to group. It also gives better sword handling as well as the ability to Force Jump as high as you hold the button for.

By using these mods, you’ll get a unique Star Wars gaming experience. Players can dismember enemies and use the force in order to defeat their enemies. Seriously, it looks incredible (though some may find it a bit too gory).

From what we’ve heard, modders are also planning to bring some Star Wars enemies and maps to the game. Moreover, there are plans to introduce different game modes.

Now I don’t know whether Disney will shut these mods down. However, and since this seems very likely, I strongly suggest downloading them right now.