As we’ve reported, NVIDIA may reveal its upcoming Ampere GPUs at its upcoming GTC 2020 event. However, it appears that the full specifications and release dates for all of the Ampere GPUs have been leaked online.

In a deleted tweet, chiakokhua shared the following slide. Chiakokhua has made some spot on predictions in the past, so these specs could be the real thing. However, and since NVIDIA has not revealed anything yet, we suggest taking them with a grain of salt. 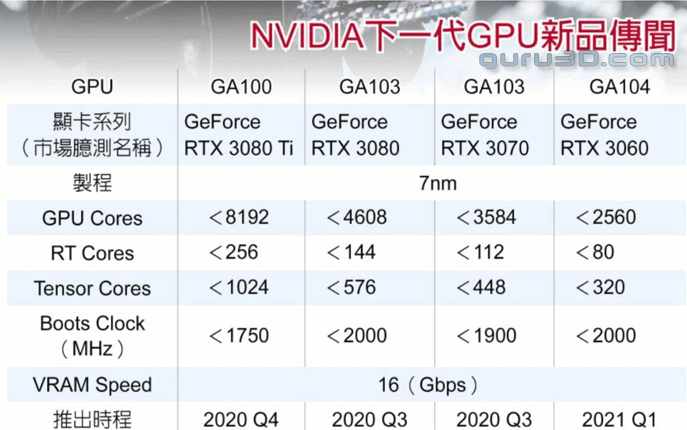 As we’ve already said, take these specs with a grain of salt. Still, it will be interesting to see whether the official specs will be similar – or at least close – to these.