2016 is almost over, so it’s time now to see which games sold more than one million copies on Steam. Thanks to SteamSpy’s data, we have a pretty good idea at which titles were able to hit the “one million” goal, so here we go.

Do note that we will not be counting the F2P games, or remasters of older games that were offered for free to their already existing owners, or games that were already available via Steam’s Early Access program in 2014 or 2015. Stardew Valley is the second best selling game on Steam. ConcernedApe’s title was released in February and has managed to sell almost 2 million copies (1.89 million copies). 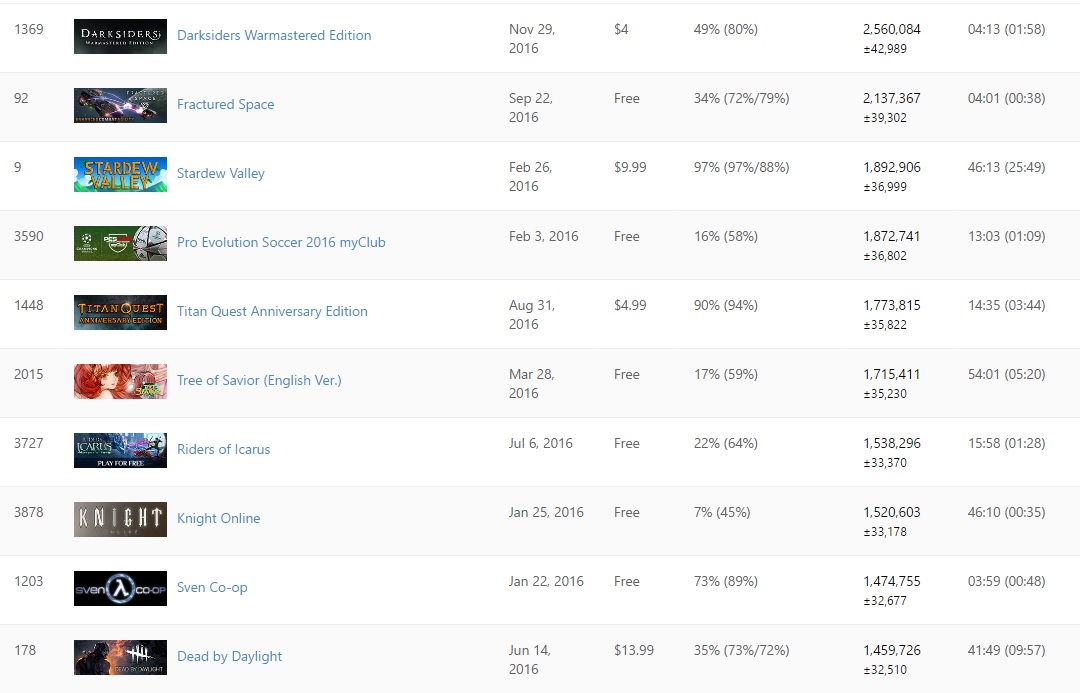 Dead by Daylight, a multiplayer (4vs1) horror game where one player takes on the role of the savage Killer, and the other four players play as Survivors, was also a successful title. This horror game was released in June and has managed to sell more than one million copies (it managed to hit the ‘one million’ goal prior to its free weekend). 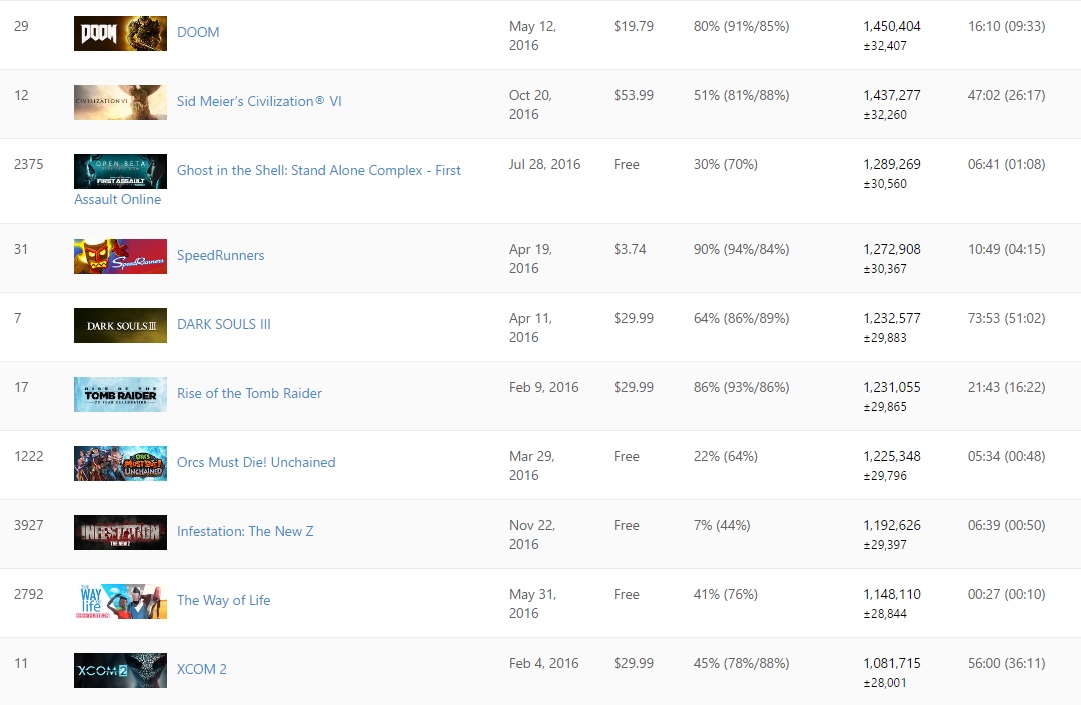 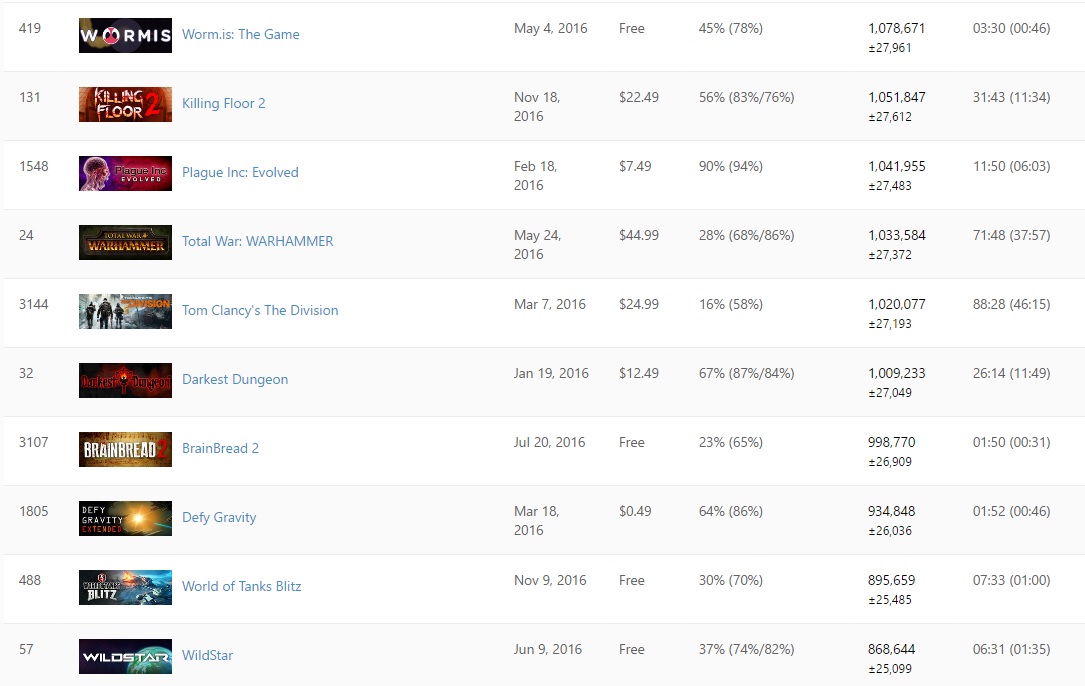 And these are the games that sold more than one million copies on Steam in 2016.