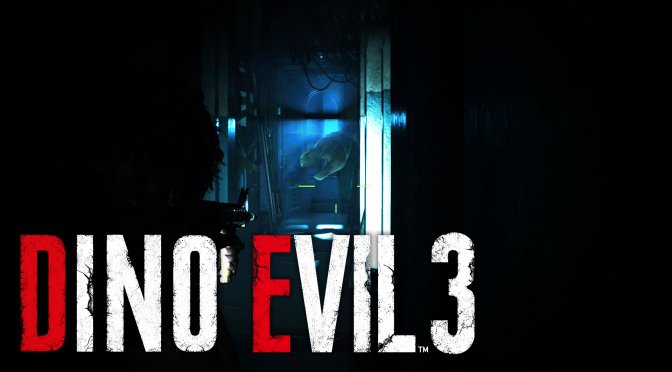 Dino Crisis is a game that would significantly benefit from a remake. And while Capcom is not currently working on such a project, its fans can now get a taste of such a remake via this mod. As the title suggests, Dino Evil 3 is basically a mashup of Dino Crisis with Resident Evil 3 Remake.

This mod transforms all zombies into dinosaurs (or to be more precise, into small T-Rexes). Moreover, it replaces Jill’s default outfit with the one for Regina from Dino Crisis.

Now while this is a cool concept, the mod is still in a really early stage. For instance, the dinosaurs may sometimes get stuck in the environment. Moreover, their skin looks weird and glossy. It doesn’t feel right and the modder should definitely work on the textures. Hit detection also appears to have minor issues.

Again, as a concept this Dino Crisis mod is really interesting. However, it still needs a lot of work. Nevertheless, you can download its first version from here.

Speaking of Dino Crisis, a team of fans is currently working on a fan remake in Unreal Engine 4. Thankfully, Capcom has not shut it down yet so we might get a playable demo in the future.

On the other hand, fans of the original game can also look forward to Dino Crisis Rebirth. Dino Crisis Rebirth aims to remaster the original PC version for modern-day PC systems and uses the DirectX 9 API. Its creator has re-implemented most rendering tricks from the original version and improved the game’s performance. For instance, the vertex effect is dynamic and causes no lag, even at the highest resolutions. Another example is texture filtering, which looked absolutely hideous in the vanilla version.