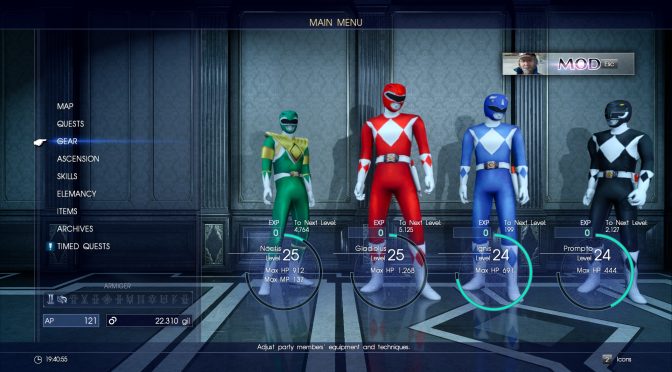 Now here is a really cool mod collection for Final Fantasy XV. Steam’s member ‘Jazneo’ has released some mods that bring the Red, Green, Blue and Black rangers from Power Rangers to Final Fantasy XV, alongside their signature weapons.

This mod collection suits Final Fantasy XV perfectly, especially since it uses a new flashy fighting system. Now imagine if modders could replace some bosses with some iconic enemy characters from Power Rangers like Rita, Goldar or Lord Zedd. And a mod that adds the iconic theme. Oh, and while we are at it, replace some common enemies with the Foot Soldiers. Now that would be a real blast.

But anyway, those interested can download the Power Ranger mod collection for Final Fantasy XV from here.