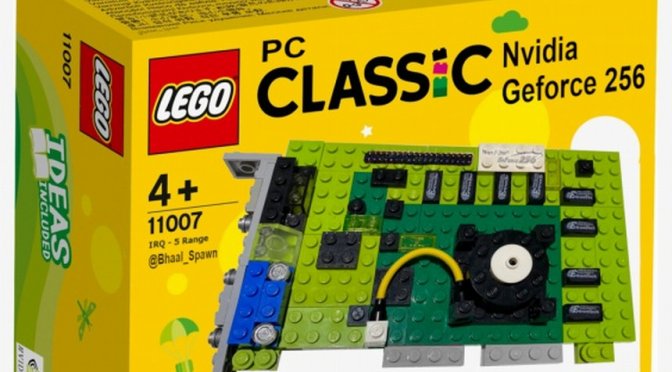 This article is all about Nostalgic and fond memories of the past. If you have been a tech aficionado and a veteran of PC games since the early 90s, then you must be aware of the world’s first graphics card created by Nvidia back in 1999, the GeForce 256.

GeForce 256 was marketed as the world’s first GPU, or Graphics Processing Unit, a term Nvidia defined at the time as “a single-chip processor with integrated transform, lighting, triangle setup/clipping, and rendering engines that is capable of processing a minimum of 10 million polygons per second.” Fast forward to 2020, today we now have a LEGO version of this GPU.

This Lego creation was made by Twitter user @Bhaal_Spawn. Bhaal_Spawn, describes herself as “the weirdo who brought you the LEGO Sound Blaster card”.

Almost 20 years ago, Nvidia released the Geforce 256, a product which came to be known as the “world’s first GPU”. The term GPU, or graphics processing unit, actually did not exist before that. The Geforce 256 is nothing special by today’s standards, and this isn’t an apples-to-apples comparison either,  since the technology is far advanced these days.

But the Geforce 256 offered 50 gigaflops of floating-point performance, and being a single chip design it was fabbed on the TSMC’s 220nm lithography process. The current modern day flagship GeForce RTX 2080 Ti GPU is built on a 12nm process and delivers 14.2 teraflops, and can also calculate over 20 billion triangles per second, along with having dedicated hardware for real-time ray tracing. Coming from a 220nm node tech, we have now reached an era where products are fabbed on 12nm and 7nm nodes.

Like said before this isn’t exactly an apples to apples comparison, but it highlights how far the PC and Tech market has progressed over these past two decades or so. The Nvidia GeForce 256 might surely be ancient and under powered by today’s standards, but it is an important card in the history of 3D graphics nonetheless.

Twitter user idspispopd has now recreated the card using LEGO blocks. She is also behind several other Lego creations inspired by classic PC hardware. We saw her 3Dfx Voodoo 3D accelerator card, submitted on LEGO Ideas website, in which fan made creations are turned into actual new Lego product. It’s currently 2,321 votes away from the 10,000 target, and there are still 517 days left to vote. She is also behind the Creative’s Sound Blaster Pro 2 soundcard.

3D graphics have never been so blocky – in a good way.

(*? – I may have too much time on my hands)#retrogaming #pcgaming pic.twitter.com/V4aTRpGdeL

“I can’t remember why I started making them. It felt like a fun idea at the time! I like drawing and making things and PC gaming has always been an inspiration since I first played Sim City in 1990,” idspispopd explained to PCGamer. “People keep asking me to make a motherboard to put them on. So we shall see!” idspispopd said. 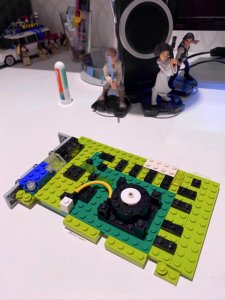 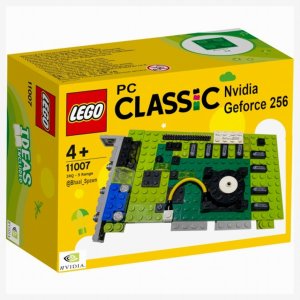