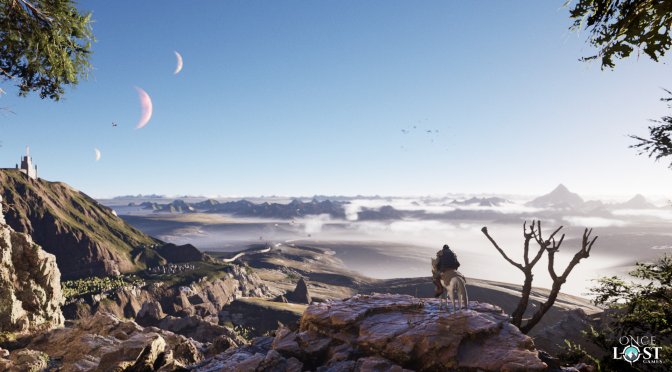 In September 2019, Chris informed you about an untitled RPG from the original creators of the Elder Scrolls games. And, a couple of days ago, OnceLost Games revealed its title as well as its first official details.

The Wayward Realms is an open-world fantasy RPG where choice and consequence are experienced on a scale never attempted before. Or at least that’s what OnceLost Games claims.

The game will feature a group of over one hundred, realistically scaled, islands, known collectively as the Archipelago, where scores of factions vie for influence and power.

“Kingdoms strive to maintain their dominance, upstarts seek to earn a place at the top, and dynasties set generational plots into motion. Should the player earn a position of prominence, they may change the course of history. However, they must first prove their worth battling rivals, mercenaries, monsters, spirits, and demons. On their quest for fame and fortune, players will venture through strange lands, delve into foreboding dungeons, and traverse kingdoms full of humans, elves, orks, dwarves and a few other unusual races.”

There is currently no ETA on when The Wayward Realms will release.

Below you can also find its key features.