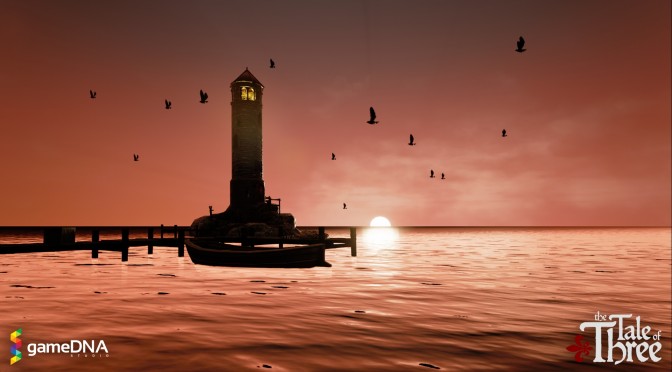 And we are back. It took almost a day back we are back. We’ll reveal more about what has been happening today this weekend, so stay tuned for more. To put it simply; this week may be crucial to the future of DSOGaming. Don’t want to say more for the time being, so let’s go ahead with our stories. gameDNA studio announced The Tale of Three, a third-person action-adventure indie game like a fable where you decide how the story goes.

The Tale of Three is set in a magical world where in turns you take the role of three heroes whose fates are suddenly tangled up with each other. Play through an epic story with a large dose of humor, take part in amazing adventures and discover the mysterious world. Get ready for high level of difficulty, planning next move, solving puzzles and making decisions on which everything will depend. Face hundreds of enemies, hide or attack, sneak around or go all out – the choice is yours.

“We aim to make The Tale of Three a unique experience that combine an intriguing story and humor with challenging gameplay. We would like to give people an opportunity to participate in the game development throughout our crowdfunding campaign.”

“Our goal is to create something that will make us feel the same magic we felt when our parents read us stories in childhood. Therefore, The Tale of Three is inspired by works by the Brothers Grimm, Charles Perrault, and many, many others. It’s game that resembles a fable.”

gameDNA has launched an IndieGoGo campaign for The Tale of Three. In addition, the team has released the debut trailer for its title that can be viewed below.