The Maxis Label of Electronic Arts today announced that The Sims 3 Supernatural Expansion Pack for PC/Mac is in development and will launch worldwide in September 2012. The latest offering from The Sims Studio allows players to create and live out the lives of supernatural Sims like werewolves, witches, vampires and fairies. Curse or charm your Sims’ lives with powerful spells, volatile elixirs and magical abilities in a world of strange happenings, spooky surprises and even the occasional zombie attack.

“With a variety of deep and mysterious supernatural lifestyles to choose from, The Sims 3 Supernatural allows players to dive into powerful new gameplay that showcases a darker side of The Sims. This pack introduces a fresh perspective while maintaining the characteristic playfulness, humor and innovation of our studio. With The Sims 3 Supernatural, we are adding a wealth of rich creative possibilities, surprising new content and intriguing storylines to the world of The Sims 3.”

The Sims 3 Supernatural gives players the new ability to create werewolves, fairies, witches and more intriguing vampires directly in the Create A Sim tool, customizing characteristics that range from the hairiness of a werewolf’s body to the shape of a fairy’s wings. While playing as supernatural Sims, players will discover new abilities, traits, skills and interactions that enhance their gameplay, including delayed aging for fairies and vampires, innate magic channeling for witches, and lycanthropy for werewolves, which enables them to control their animal instincts and transform at will.

In The Sims 3 Supernatural, players also have the option to learn magical crafts by casting spells and brewing elixirs that will charm or hex their Sims’ lives. These potent concoctions have a wide variety of effects from career-boosting to weight loss and even zombification. The zombification elixir will turn unsuspecting Sims into brain-hungry, shuffling monsters that are driven to wreak havoc on the town. In addition, players have the ability to share their brews with any friends who have The Sims 3.

As players delve into the world of the supernatural and explore the eerie new town of Moonlight Falls, they will uncover enchanted objects and gothic décor, including a sliding bookcase that conceals a hidden lair and a powerful mirror with magical interactions. Players may also choose to embark on a new career path as a mystic fortune-teller or build their skill to become an alchemic master. Meanwhile, the onset of the mysterious lunar cycle will unveil strange revelations, secrets and mysteries that will shake up the entire town.

As part of the integration between The Sims and PopCap’s Plants vs. Zombies, those who pre-order The Sims 3 Supernatural will receive a special Limited Edition version, which features the exclusive Plants vs. Zombies content pack. Players with this limited edition content can ward off attacking zombies in their game with the famous Pea Shooter from Plants vs. Zombies and dress their Sims with classic zombie-themed attire for the ultimate creepy-chic look. 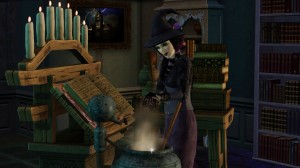 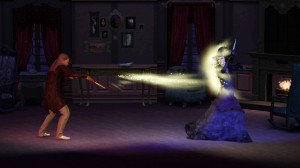 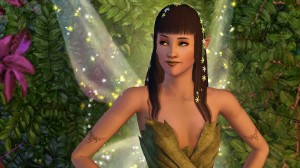 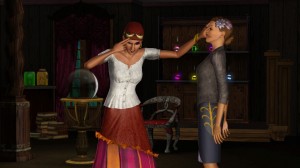 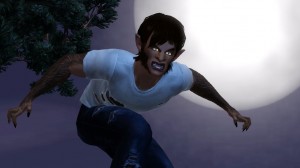 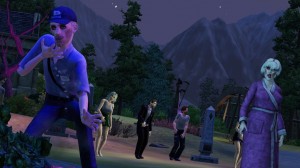