Maxis announced today that The Sims 3 Seasons Expansion Pack is now available across retailers nationwide and Origin on PC/Mac and for digital download on PC at Origin. In this latest release, players can experience the thrill of the changing seasons with transformative weather, fun new activities such as snowboarding, soccer shoot-outs, and roller-skating, entertaining festivals and even some out-of-this-world surprises.

“The Sims 3 Seasons will offer fans more than just sunny days to tell their stories by dramatically transforming each world from one season to the next. In a first for The Sims, new festival lots and holiday celebrations have added ways for players to truly revel in the spirit of each season.”

In addition to dramatic weather effects and seasonal celebrations, The Sims 3 Seasons introduces all-new activities that will add a fun and festive spirit to every season. Sims can enjoy the unique beauty of the changing seasons as they create snowmen and snow angels, or sip hot chocolate beneath the mistletoe against the backdrop of a winter wonderland, go egg-hunting, enter a pie-eating contest, or toss some horseshoes, just to name a few.

Making a return to The Sims franchise in The Sims 3 Seasons are the fan favorite aliens. These extraterrestrial Sims bring with them UFOs, telepathic abilities, unpredictable abductions and even male pregnancy…oh boy…or girl. Players can add aliens to their households to observe the full range of these otherworldly creatures’ bizarre powers, and aliens who visit earth can also sign up to become test subjects at the new Science Facility.

Players will uncover even more surprising interactions when they install both The Sims 3 Seasons and The Sims 3 Supernatural Expansion Pack which launched in September. With these two expansion packs, players will unlock the Weather Stone, a mystical item that reveals new integrated gameplay possibilities using elements from both games. Witches, vampires, werewolves and fairies from The Sims 3 Supernatural will be able to awaken the Weather Stone and summon their own magical weather at any time of year and in any world.

The Sims 3 Seasons is rated “T” for Teen and now available online and across retailers in North America. 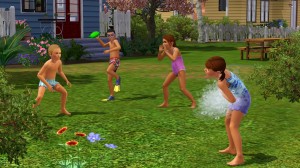 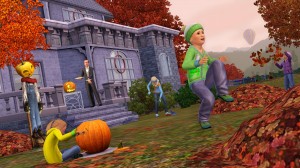 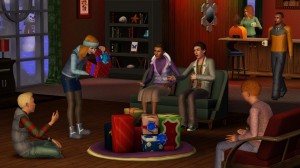 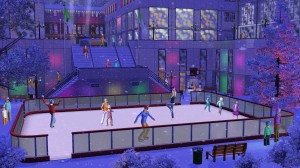 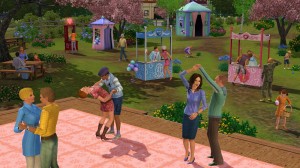 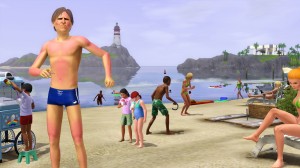 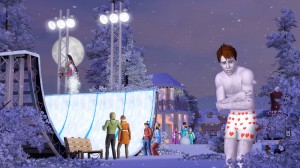