Activision Blizzard today announced its first-quarter 2017 results, revealing that the PC was the most profitable platform in this three-month period. It’s also worth noting that Overwatch has generated over $1 billion and is now the 8th billion-dollar franchise in Activision Blizzard’s portfolio. 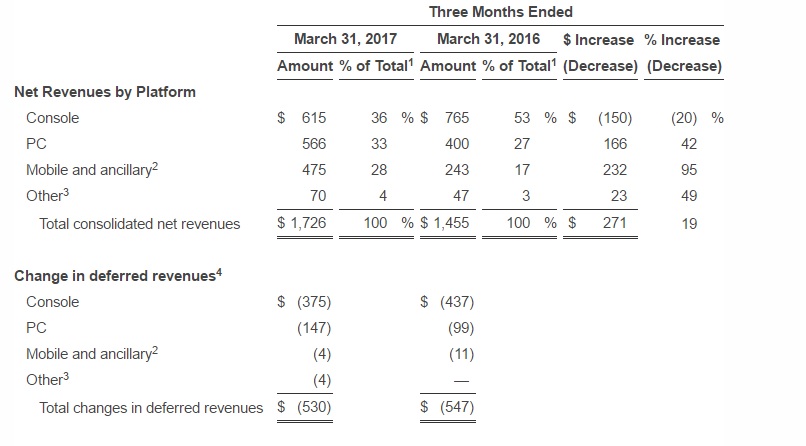 As we can see, the PC platform has generated $566 million in the first quarter of 2017. And while this is lower than the console revenue, we do have to note that the console category includes a lot of console platforms. As such, the most profitable singular platform is undoubtedly the PC.

It’s also worth noting that the PC platform generated $166 million more than last year’s quarter. In other words, there was a 42% increase, whereas consoles saw a 20% decrease in sales.

Obviously, these results are mainly due to Overwatch and Hearthstone. Nevertheless, these stats show how important the PC actually is for Activision and Blizzard!