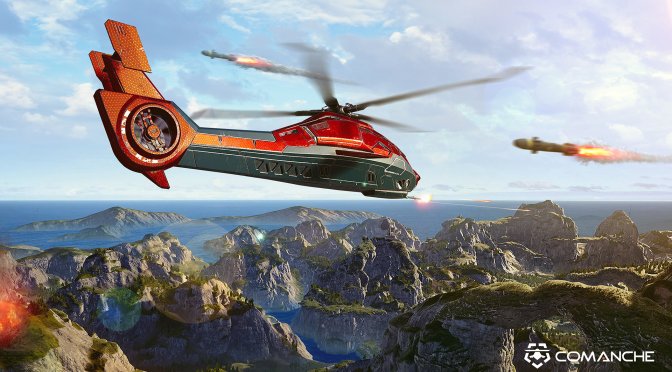 THQ Nordic has announced that the open beta phase for Comanche will begin on February 28th. Naturally, this beta will be open to all PC gamers, meaning that everyone will be able to participate. The beta will end on March 2nd at 10 AM PST / 7 PM CET.

Comanche is a modern team-based helicopter shooter set in the near future. Players will also be able to choose from an array of Comanche and drone configurations, and utilize their strengths to their tactical advantage.

Not only that, but gamers will be able to play either as attacker or defender in 4 vs 4 battles. Furthermore, they can choose from various Comanche and drone models with spectacular special abilities.

THQ Nordic has also released a brand new trailer for Comanche, as well as its official PC system requirements that you can find below.

Last but not least, you can access the open beta phase for Comanche by visiting its Steam store page.