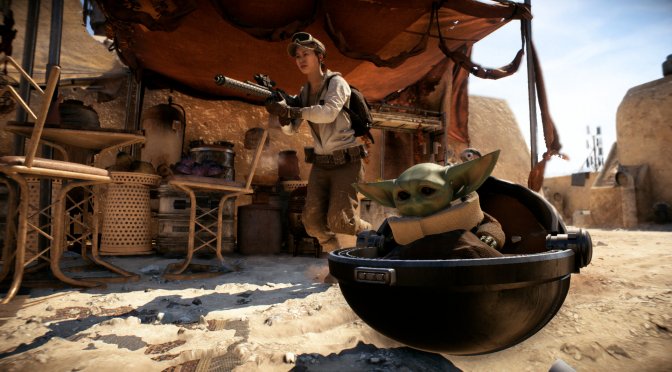 I’m pretty sure that by now, all of you know Baby Yoda. Baby Yoda first appeared on The Mandalorian Star Wars series, and took the Internet by storm. And today, Nanobuds released a mod that brings this character to Star Wars Battlefront 2.

By using this mod, you can replace BB8 with Baby Yoda. Moreover, the mod features both UI and SFX. The modder also claims that this mod should be safe for online play. However, and for almost all mods, we suggest avoid using it while playing online.

Below you can also find some screenshots that showcase this Baby Yoda mod for Star Wars Battlefront 2.