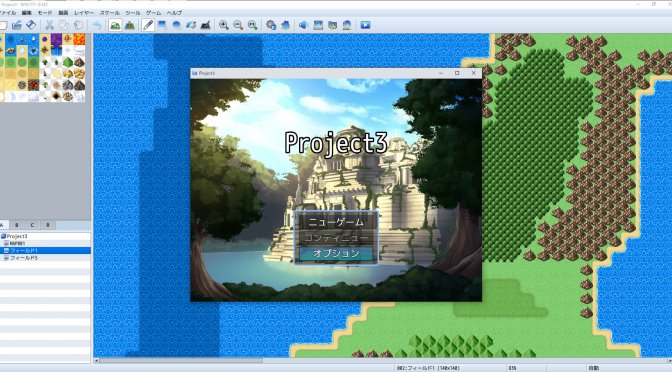 Degica Games has announced that the latest and greatest version of RPG Maker, RPG Maker MZ, will make its way to PC this Summer. In case you weren’t aware of, RPG Maker MZ empowers you with simple tools to create your RPG right out of the box.

Including all new features, and some fan favorite returning features, RPG Maker MZ will make RPG Making faster and easier than ever before. Furthermore, RPG Maker MZ aims to be the most powerful for experienced developers as well.

Here are the key features of RPG Maker MZ.

With RPG Maker’s map editor, you can create maps like you are drawing a picture.You can build countless towns and dungeons using the map chip resources included with this tool.
RPG Maker MZ features a more powerful map editor function and is jam packed with lots of new resources.
We will reveal more details in the coming days.

By combining the resources included with this tool, you can place your own original characters within a game.In addition to combining assets, you can produce countless visual patterns for your characters using this function, which also allows you to change colors.
RPG Maker MZ brings you a more powerful character generation function.
We will reveal more details in the coming days.

A Trove of Assets Included

From assets for main characters, to map chips used for map creation and resources applied during character generation, this tool is absolutely loaded.RPG Maker MZ boasts the largest collection of assets ever in series history!
We will reveal more details in the coming days.

RPG Maker features a test play function that makes it very easy to check the workings of your game while you are creating it.There is no need to deploy the game to another platform each time you want to test it.

In RPG Maker, you can use the event function to depict characters’ conversations, movement across a map, the placement of treasure chests and other visuals.You can easily set up the events you employ frequently. You can also copy them and use them freely.
What’s most surprising is that no programming knowledge is required in order to set up events.
Try to make especially interesting games by combining the large number of event types that have been provided.
Through RPG Maker MZ, we have bolstered the event function.
We will reveal more details in the coming days.

If someone requires more than what RPG Maker’s existing functions offer or desires to make an even more advanced game, they can use the plug-in function to build a more highly customized creation.In RPG Maker MZ, we have really beefed up the plug-in function.
We will reveal more details in the coming days.

RPG Maker MZ makes it much easier for users to play games!We will reveal more details in the coming days.