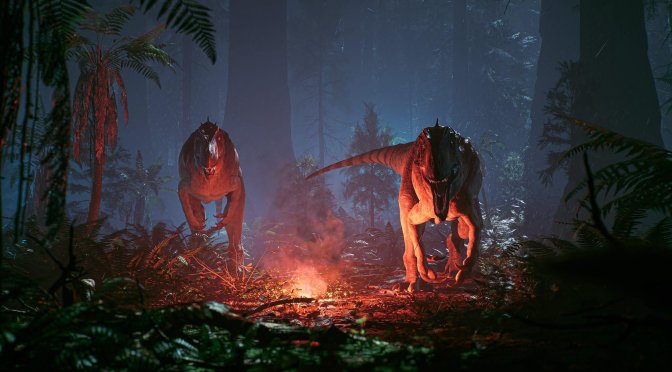 Great Ape Games is currently working on a new dinosaur survival horror adventure game, called The Lost Wild. Now contrary to most other recent dinosaur games, this one will be offering a cinematic single-player experience. In short, this is the game we’ve been waiting for so long (even though it’s coming from a small team).

According to the devs, The Lost Wild is a survival horror adventure game about overcoming nature’s most formidable forms of life. The game will have a systemic AI system to support its core gameplay loops, and its dinosaurs will react and behave more like animals.

Players will explore an overgrown Japanese research facility nestled in a lush wilderness. Players can also scavenge locations and find valuable items. Additionally, they can combine what they find to create makeshift contraptions to give them a fighting chance.

The Lost Wild will take inspiration from the likes of Resident Evil, Dino Crisis, Trespasser, and Alien: Isolation.

Lastly, the game will be using Unreal Engine 4, and will be coming first on PC (via Steam, Epic Game Store, and GOG).