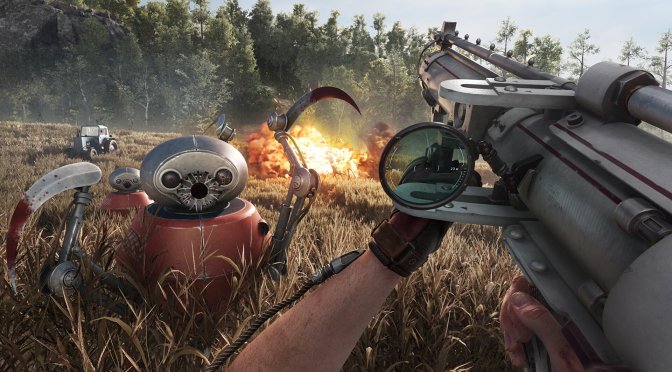 Mundfish has confirmed that its highly anticipated first-person shooter, Atomic Heart, will be using the Denuvo anti-tamper tech. What’s really annoying here is the excuse Mundfish presented, as well as the fact that Denuvo is not listed on the game’s Steam store page.

Mundfish claims that it doesn’t know whether Denuvo will impact the game’s performance. If it does though, the developer claims that DLSS 3 will win back those loses.

As Robert Bagratuni, head of Mundfish, confirmed in an interview.

Again, the issue here is that Denuvo is still not present on the game’s Steam store page. Not only that, but Mundfish confirmed the inclusion of this anti-tamper tech just two weeks prior to the game’s release.

Atomic Heart is an action first-person shooter set in the alternative, retro-future version of the 1950s USSR. The game will support real-time ray tracing effects. Furthermore, PC gamers can download an older RTX tech demo for it.