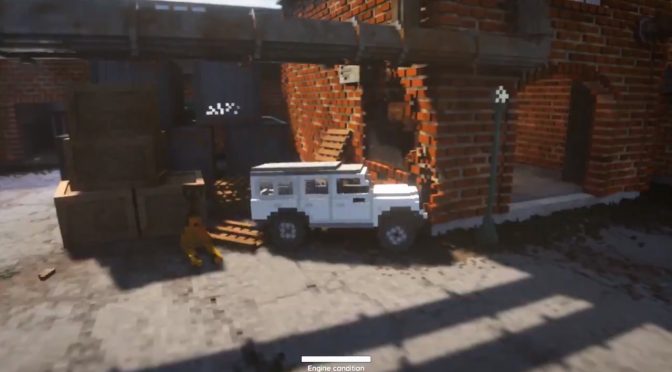 Teardown will feature a fully destructible and truly interactive environment where player freedom and emergent gameplay are the driving mechanics. The game will have realistic physical simulation of objects, debris, vehicles, water, fire, and smoke.

In this game, players can plan the perfect heist using creative problem solving, brute force and everything around them. Players will also be able to tear down walls with vehicles or explosives to create shortcuts. Furthermore, players can stack objects to reach higher ground, and use the environment to their advantage in the most creative way they can think of.

Teardown looks absolutely lovely, and we can’t wait to get our hands on it. We were also among the first that reported on this game back in November 2019.

The spraycan is useful for so many things pic.twitter.com/5lofKqLIZe