It appears that Embracer Group has acquired a dozen of gaming companies, including the developers of Phoenix Point, Shadow Warrior, Redout, and Pinball FX among others.

Embracer Group is a company that serves as the parent for THQ Nordic, Saber Interactive, and Deep Silver, and owns publishers THQ Nordic and Koch Media. The company has recently acquired 13 different game studios.

“Some studios have been purchased by the group itself, while others have been purchased through subsidiaries. To support its ongoing mergers and acquisitions strategy, the company completed a directed share issues back in October to the tune of SEK 5.7 billion ($663.3 million).” – via GamesIndustry.biz.

The group is known for its rapid expansion in the gaming industry, and prior to these acquisitions, Embracer was already one of the most expansive publishers in the industry. 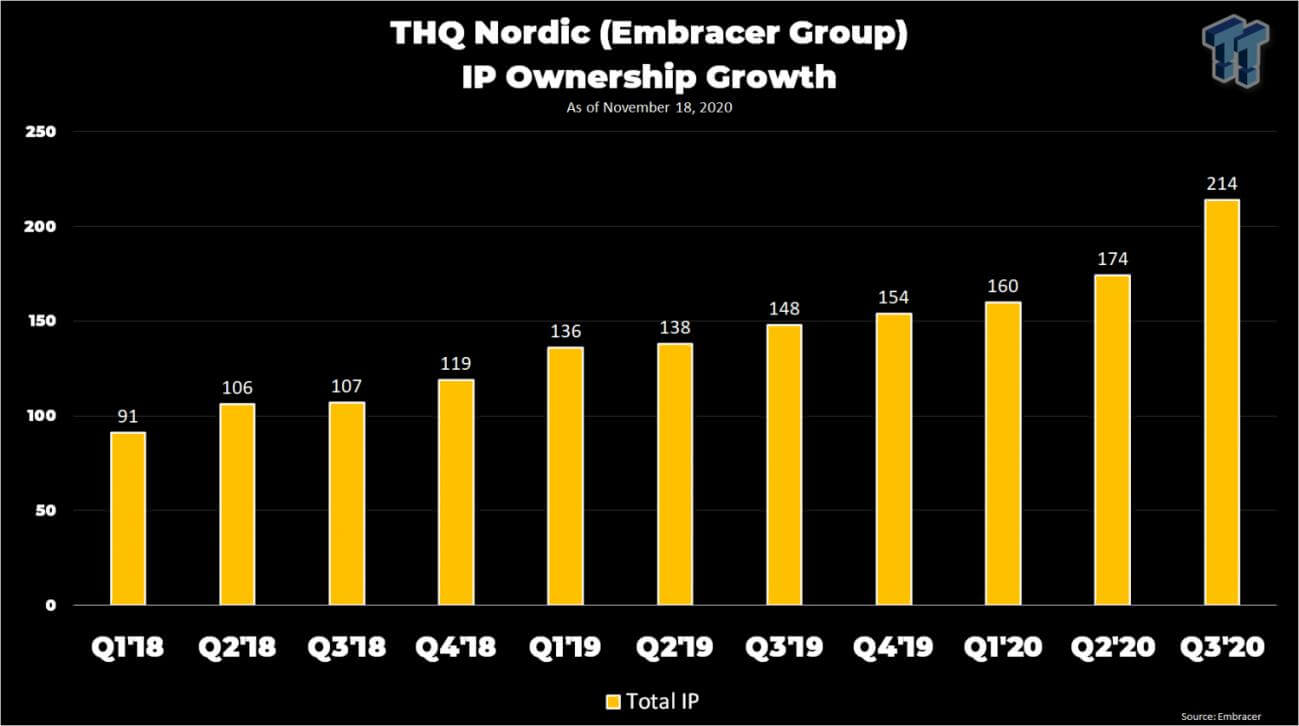 Below is the full list of studios and groups in Embracer Group’s acquisition. 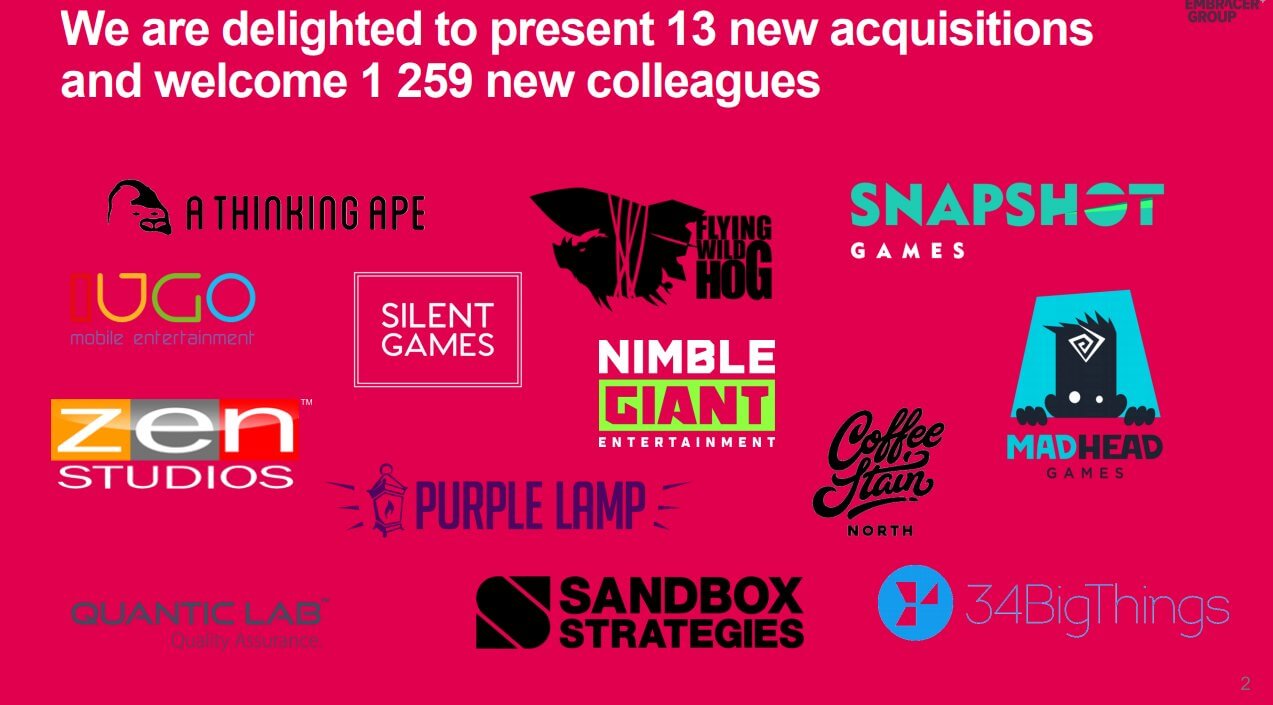 The two non-game development companies acquired by Embracer are Sandbox Strategies, a PR firm, and Quantic Lab, a Romanian QA specialist. In total, Embracer has brought more than 1,250 new employees under its umbrella.

The Embracer Group now owns a staggering 214 game IPs and franchises. The publisher has 114 total development teams, of which 58 are internal and 56 are external. There are also 4,367 current game developers across both segments.

The wild growth of Embracer’s games business is certainly impressive from a journalist point of view, but some analysts note that these acquisitions are less about quality and more about quantity, a conceit pointed out by Louise Shorthouse, senior analyst at Ampere Analysis.

“These latest acquisitions, along with previous ones, are virtually all indie or AA-studios,” Shorthouse told GameDaily.

“So although the reach and influence of Embracer Group has become even greater, its voice often cannot be heard above the noise of the industry-leading titles and their creators in terms of mainstream coverage. It seems like Embracer Group is targeting growth through breadth and diversity–in other words, rather than trying to sell millions of copies of a single game, it can sell thousands of copies of multiple titles.”

A new chapter in the Flying Wild Hog timeline has just begun!

We are proud to say that we are now part of the Koch Media family ??

Thrilled to announce that Snapshot Games is joining forces with Embracer Group (@embracergroup) & the world-class team at Saber Interactive (@TweetsSaber).

We look forward to developing and expanding the Phoenix Point universe and creating new IP for many years to come. https://t.co/ZGbv9QcXQt

We’re taking a step forward in the gaming world. We have joined the @embracergroup & Saber Interactive family today and couldn’t be happier!

Read all about it in the link below:https://t.co/2NEUUMbJ6R

In perhaps the biggest acquisition out of the bunch, Shadow Warrior developer Flying Wild Hog was acquired by Koch Media/Deep Silver. The developer has four games currently in development, with all indications that existing projects like Shadow Warrior 3 will continue under their existing partnerships. 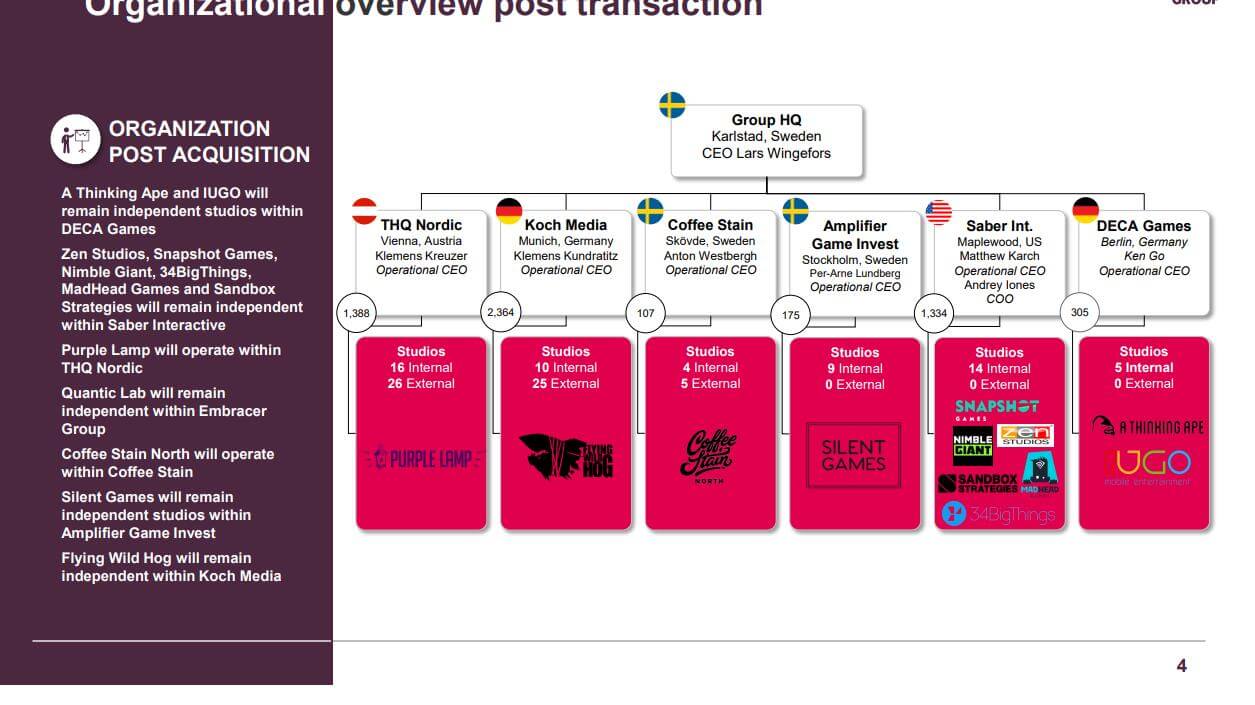