Remember when Crysis was released? What a graphical juggernaut, right? However, there was one thing that pissed off all those graphics whores out there and that was… the rocks. Man, the rocks were awful in Crysis. Not only were they blocky but they had such low-res textures that could literally destroy the whole immersion. Since then, every PC gamer is looking at – and taking screenshots of – every damn rock. And as Skyrim is so friendly to the modding community, guess what someone decided to re-texture? Oh yeah, you got that right; the bloody rocks. Hooray!

Contrary to Crysis, Skyrim’s rocks are not as ugly as you’d thought. Basically there wouldn’t be any reason to re-texture them but we have to admit that modder ‘darevix’ did an excellent work. We could go as far to say that these are by far the best rocks we’ve ever seen, so kudos to him.

In addition, darevix re-textured the snow terrain textures. According to the modder, those textures were made with Filter Forge and Photoshop – in order to avoid the mosaic effect. The images are also compressed with DXT1 and DXT5.

Those interested can download this mini-pack from here. You can also find a comparison bellow. On the left we have the vanilla versions and on the right the re-textured ones. 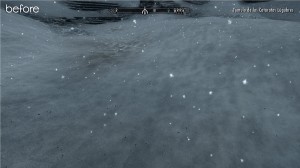 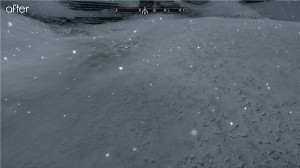 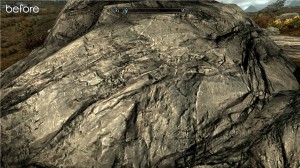 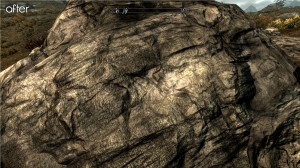