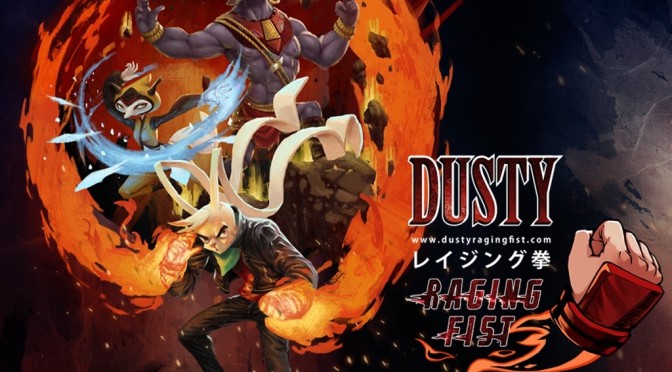 Dusty Raging Fist is a beat em up that – among other things – will allow you to summon mythical guardians as you would in a JRPG game to deal with enemies.

Players take the role of a Kung Fu Rabbit, your sidekick is a masculine deer on steroid, and you also have a lady ninja fox as your partner. The game promises to feature a unique combat system that allows you to call in your artillery support character to bomb enemies, or take a zoom out view to use your sniper support character to snipe single targets.

Dusty Raging Fist  is about a group of noble heroes led by its lead character ‘Dusty’, in fighting an ancient evil that resides in the catacombs. Triggered by the event of the appearance of two dark moons, an oddity which occurs once every 500 years, our noble heroes have beckon you to come forth to seek answers and restore peace.

The game will support local or online co-op, and its Kickstarter campaign aims to raise $60K in the next 31 days.

Make sure to read our First Impressions article of Dusty Revenge here.