Bobby Prince is the composer of several well known games such as: Duke Nukem 2, Doom, Doom II: Hell on Earth, Duke Nukem 3D and many more. Prince is suing Gearbox, Valve and of course Randy Pitchford. The lawsuit has been filed due to use of his music without permission, in the Duke Nukem 3D: 20th Anniversary World Tour. It also states, that he did not receive any sort of compensation. You can read the document here. 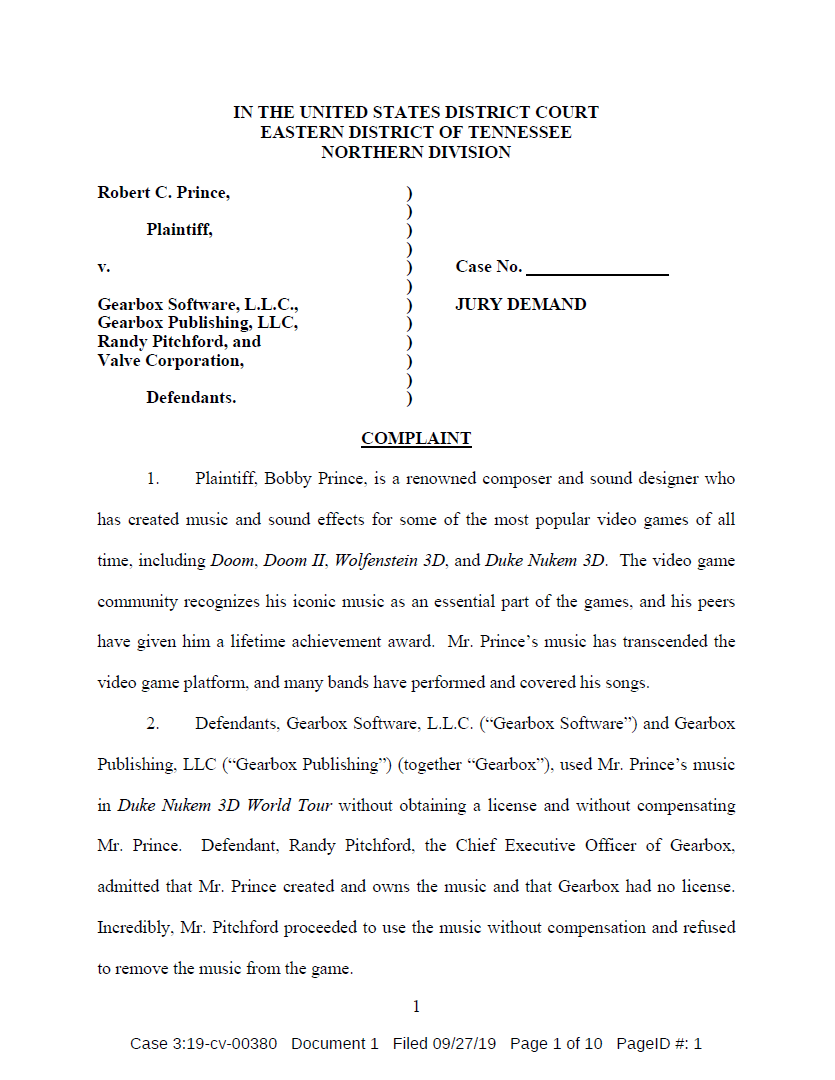 Sixteen of his songs were used in the Duke Nukem 3D, under an agreement with developer Apogee. “Apogee had a limited right to use Mr. Prince’s music in Duke Nukem 3D in exchange for a royalty equal to $1 per unit sold.”

Prince claims he contacted Pitchford requesting royalties, but never received any payment.  According to Prince’s attorney Pitchford “refused to remove the music from the game.”

“Valve ignored a takedown notice, thus waiving any immunity under the Digital Millennium Copyright Act, and continued distributing infringing copies of the music despite knowing that Mr Prince owned the copyrights in the music”.

Randy Pitchford, Valve and Gearbox are being summoned and given twenty one days to respond.