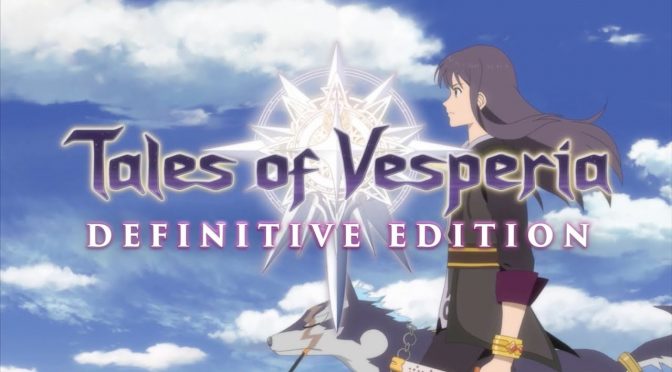 Bandai Namco has announced that Tales of Vesperia: Definitive Edition will be coming to the PC on January 11th, 2019. In order to celebrate this announcement, the publisher has released a new trailer that you can find below.

Tales of Vesperia: Definitive Edition will include up-scaled screen resolution, characters, events, and costumes that were never released outside of Japan, as well as introducing two new playable party members. Flynn Scifo, the main character’s best friend and rival, and Patty Fleur, a young pirate searching for her lost memories.

The game will be using a specialised iteration of the ‘TALES OF’ series’ Linear Motion Battle System for combat. Players control a single party member in real-time combat while other party members are controlled by a customised set of A.I. commands. Players can swap between any of the four characters at any time during battles and can perform physical attacks, Magic Artes or even powerful Mystic Artes.