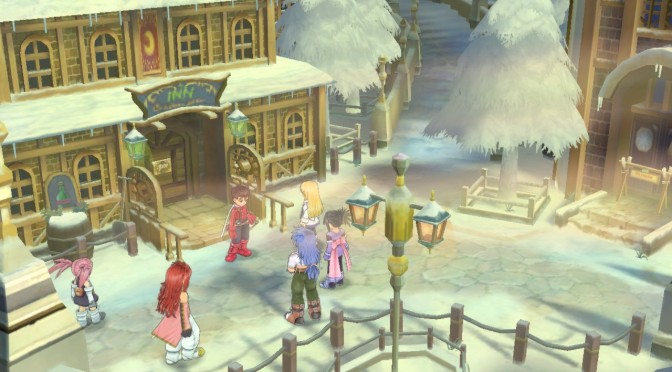 Tales of Symphonia has just been released on the PC and… it’s a mess. According to various reports, the game’s internal resolution is locked at 720p and its framerate is locked at 30fps. Moreover, there are lots of typos in the PC version; typos that weren’t present in the PS3 version (from which the PC version was ported).

It’s really disappointing witnessing a game releasing in this form on Steam, as the team responsible for the PC version did not put any real effort at all.

What’s also ironic is that the game uses a DRM called VMProtect, that creates a new *.exe everytime the game starts. Hilarious stuff.

And as you may have guessed, the game still shows the PS3 buttons on screen, thus making it really frustrating when you are using the keyboard or a different controller.

Here is hoping that either Bandai Namco fixes those issues via a post-launch patch, or modders fix this mess.

Until then, stay away from it!