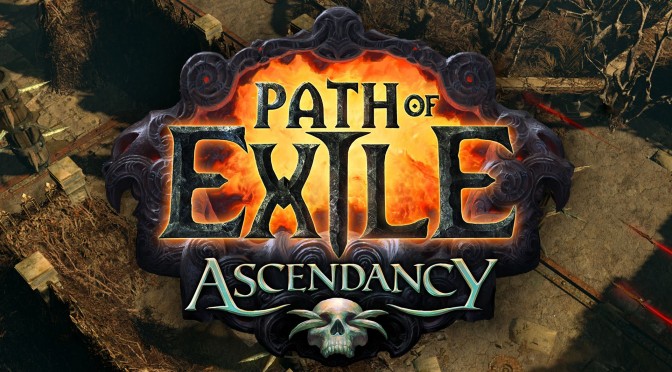 “The Emperor Izaro constructed deadly trials through Wraeclast to find worthy candidates. Players will have a powerful set of new skills and items to conquer the Labyrinth, including the introduction of 19 new Ascendancy character classes, each with its own passive skill tree to master.”

Other features of Path of Exile: Ascendancy include:

Trials of Ascendancy
Six types of lethal traps have been crafted by Izaro into elaborate puzzle rooms – an entirely new gameplay type for Path of Exile.

The Lord’s Labyrinth
An entirely new system for generating sequences of random areas, the overall layout of the Labyrinth shifts every day, uncovering new puzzles and secrets.

Emperor Izaro
You will face Izaro multiple times during the Labyrinth and the fight will evolve depending on your actions in previous encounters.

Ascendancy Classes
There are 19 new Ascendancy classes, each with its own additional Ascendancy Skill Tree to master.

Enchantments
Izaro’s power can also be used to infuse items with powerful magic. These enchantments trigger specific skills and effects to occur on certain conditions. Each time the Labyrinth is completed, you may add one of these enchantments to an item.

New Skills
Ascendancy introduces a set of devastating new skills and support gems to customize your character with.