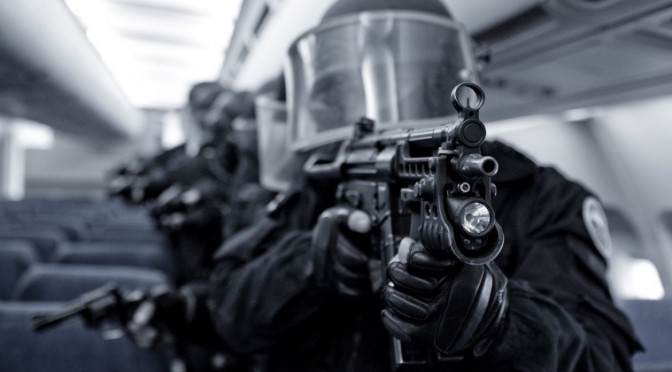 Looks like US authorities are finally starting to take “swatting” a lot more seriously. For those who don’t know, swatting is when an individual makes up a fake crime, claims that crime is taking place right now in an attempt to get local police departments to respond with their SWAT squads.

The issue is becoming more and more common and so now it appears US authorities are going to begin taking people through the judicial system. Brandon Willson, or “Famed God”, a 19 year old gamer residing in Las Vegas allegedly made up a murder to get a SWAT team to show up at a home in Naperville, a suburb of Chicaco. Now he sits in a jail cell in Nevada awaiting extradition to Illinois.

Naperville’s SWAT found no crime when responding to the call. State’s Attorney James Glasgow is putting together legislation to make swatting a felony within Illinois. The bill would even require those convicted of swatting to reimburse police departments for the cost of deployment.

Authorities further claim Willson hacked into gaming consoles to obtain personal information belonging to two people. He had also threatened the Naperville resident with identity theft, claiming he’d access their bank account and put the individual’s father “in debt for life”, according to prosecutors.

Willson is charged with two counts of computer fraud & tampering, one count of intimidation for each separate hacking incident, identity theft and disorderly conduct prosecutors say. If convicted he may face up to five years in prison and that may not be the end of it, he could face charges in other states; authorities from Texas, California, South Carolina and Nevada are continuing investigations along with the FBI.