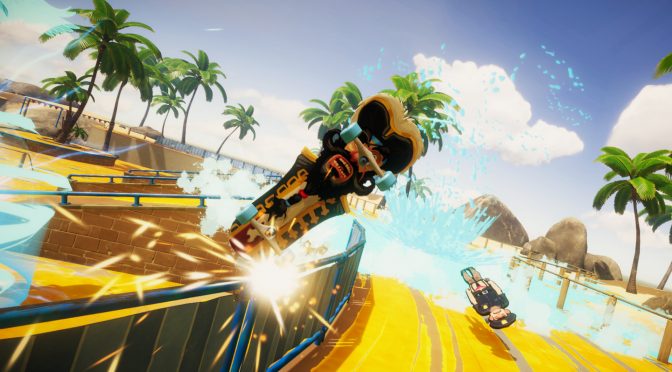 Bossa Studios, creator of Surfeon Simulator and I Am Bread, has announced a free week for its new skateboarding game, Decksplash. However, there is a catch. According to Bossa Studios, Decksplash will be cancelled if it does not attract more than 100K players.

As Bossa Studios stated, if it hits that magic 100k number during the game’s free week, the game’s Early Access will launch on November 10th. However, if it does not attract these players, it will cancel it.

Decksplash’s free week begins on November 2nd and will last until November 10th.

Decksplash is a skateboarding six player competitive team game. Players can pick one of the deck designs, find a match and get ready to splash big, earning experience and loot boxes.